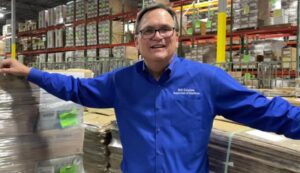 A whistleblower is making bombshell claims that have exposed serious security threats, election integrity concerns and potential felonies taking place under Orange County Supervisor of Elections Bill Cowles. The revelations are raising big concerns just ahead of another major election and casting doubt on the longtime local Democrat Supervisor of Elections.

The damning allegations from the whistleblower against Supervisor Cowles include unaccounted thumb drives of sensitive elections information, possible data exfiltration of confidential information, pirated software on Supervisor of Elections systems, a cybersecurity investigation stopped by Cowles himself, staff accessing emails of top SOE officials, and potential identity theft, among other serious security and election integrity concerns.

In late April 2022, an anomaly was noticed in some system administration work that had been performed at the Orange County Supervisor of Elections, according to reports. When questions regarding the matter could not be answered by Cowles’ staff, a security investigation into both internal and external possibilities was reportedly launched.


During our own investigation, Supervisor Cowles told West Orlando News on the record, “there has been no data or security breach, incidents, or improper use of voter information.” But the whistleblower alleges that Cowles himself ordered the investigation to stop, and that no actions have been taken to resolve the serious elections concerns that were already discovered.

There was also potential identity theft in accessing mailboxes and computers belonging to the Chief Financial Officer, where emails contain financial information about the office and emails contain confidential (PCI and PII information) about every employee who has worked for the office, as well as the Director of Elections, Director of Information Systems, and additional employees.

In addition, the whistleblower allegations claim there was potential exfiltration of important local data, including confidential information, possibly over the past 10 years. While Supervisor Cowles attempts to deny any knowledge of concerns or potential security breaches and incidents, many of the records requests made by West Orlando News related to these concerns were blocked by Supervisor Cowles, who is claiming various exemptions to prevent the release of information.

Some additional claims include that pirated software was found on systems at the Orange County Supervisor of Elections. The whistleblower also alleged that thumb drives with sensitive information were not protected, and some are unaccounted for or were reportedly “lost.”

Still, Bill Cowles denies any security issues. He has been the local Supervisor of Elections since being first elected in 1996 as a Democrat. He may try to play dumb about what is going on in his office, but the whistleblower said Cowles is well aware of the issues because the items were verified by a third party security investigation company. That was the investigation Cowles reportedly ordered to be stopped.


“Our office takes his requests very seriously and wants to be clear that there has been no data or security breach, incidents, or improper use of voter information,” Cowles said in a statement provided to West Orlando News about the multiple public records requests made by Managing Editor Mike Cantone, who is investigating the allegations. “But please understand because of the sensitive nature of the records he has requested, they must be further reviewed for personnel or security information.”

The unauthorized access of HR, Legal and Supervisor of Elections emails, in addition to the improper access to employee’s computers, raises serious questions of whether identify theft had taken place. Apparently there are no answers because the investigation was ordered to stop by Supervisor Cowles. The potential security breach at the Orange County Supervisor of Elections office could have been taking place for the past 10 years, according to the whistleblower.

Based on reports received by West Orlando News, the person at the center of this investigation was placed on a brief paid administrative leave pending the findings of a workplace misconduct investigation. After that time, they were asked to resign. A coworker and manager during the years when the incident took place, who allegedly participated with the potential data exfiltration, has not been investigated to determine the extent of their role in all of this, and has reportedly since been promoted by Supervisor Cowles.

This is only scratching the surface of something going on at the Orange County Supervisor of Elections office under Bill Cowles. Orange County is not only one of the largest counties in Florida, it is very important in state politics as part of the I-4 corridor.

The whistleblower made clear they take civil rights very seriously and they “believe in doing the right thing.” They have stated they are willing to participate in further investigations “to ensure that the integrity of the election’s office is upheld.”

This is a developing story, stay tuned for more breaking updates regarding the whistleblower elections information.