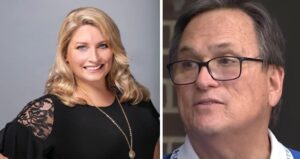 Orange County Supervisor of Elections Bill Cowles has hired a media, communications and crisis management consultant at a non-refundable service fee of $150/hour, nearly ten times the pay of many current local election workers. Cowles already signed a $5,000 check as a retainer.

Supervisor Cowles is also currently under pressure from bombshell whistleblower claims and multiple elections fraud complaints under review by the state, along with several other ongoing investigations. Mica got involved directly in the response when the Democrat Supervisor of Elections was questioned about Cowles’ son working for his election equipment vendor.


The contract with grasshopper media and consultant D’Anne Mica lists an effective date of Monday, October 17, 2022. West Orlando News made the first public records request to Supervisor Cowles’ office related to the whistleblower claims on Friday, October 14th. Cowles signed the contract himself on October 27th, and issued a $5,000 check from the Supervisor of Elections office to Mica on October 28th. Mica indicated she was aware of West Orlando News’ records requests and media requests, and is working directly with Supervisor Cowles.

“This Letter of Agreement, when signed, shall cover media, communications and crisis management work performed for OCSOE by D’Anne Mica/grasshopper media as determined by the Supervisor of Elections,” the agreement states. The agreement will continue through December 31, 2022, unless terminated sooner by providing a 15-day advance notice.

The longtime Democrat Supervisor of Elections Bill Cowles seems to be facing pressure to spend so much taxpayer money on a private crisis management consultant.

Here’s a copy of Bill Cowles media and crisis management contract with D’Anne Mica, and the $5,000 check issued by the Supervisor of Elections: