The competition was fierce among the four animal contestants vying to be featured on a Frontier Airlines plane tail as Orlando’s most loved animal: Central Florida Zoo’s Ella, the Florida black bear, Gatorland’s Larry, the American alligator, SEA LIFE Orlando Aquarium’s Ted, the  loggerhead sea turtle, and Wild Florida’s Flurry, the albino hatchling alligator. See the animal introductions and winner in the video and photos below:

In the end,  slow and steady Ted, the sea turtle, garnered the most votes and will be featured on a new  Frontier Airlines aircraft tail. Ted was recently notified of his big win in the habitat he calls home at SEA LIFE Orlando Aquarium.

The contest was designed to promote visitation to the Orlando region and highlight some of  Florida’s iconic animal species and conservation efforts. Each facility that participated  provides visitors the opportunity to view amazing Florida wildlife and learn about programs  designed to protect them. Consumers who voted during the promotion were entered into a  drawing to win free flights on Frontier, which operates more nonstops from Orlando than any  other airline. 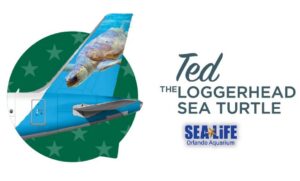 “We congratulate SEA LIFE Aquarium and Ted, the sea turtle, on this distinguished honor,”  said Tyri Squyres, vice president of marketing, Frontier Airlines. “All Frontier Airlines plane  tails feature an animal with a name and a backstory. A number of the tails feature  endangered species – part of our effort to highlight animal conservation. We designed this  promotion to bring some much-deserved attention to these facilities which are all dedicated  to working to preserve Florida animal species. At the same time, it served to highlight some  of the many terrific places consumers can visit while in the greater Orlando area.”

“While Ted, the sea turtle, may be Orlando’s newest celebrity with his face soon to be  crisscrossing the country on a Frontier plane tail, all of the contenders served as wonderful  representatives for our destination,” said Casandra Matej, president and CEO of Visit Orlando.  “The special stories behind each animal highlight just a few of the conservation efforts and  unique experiences visitors can discover when they visit Orlando.” 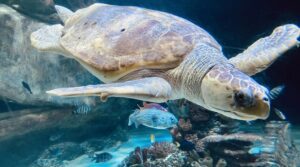 “We are thrilled Ted has been selected as Orlando’s Most-Loved Animal and can celebrate his  feature on a new Frontier airplane,” said Jade Sparks, marketing manager, SEA LIFE Orlando  Aquarium. “Our aim is to inspire a love for the ocean to all guests visiting our family-friendly  aquarium. Having the opportunity to share that inspiration through Ted’s unique story is such  an honor to our team.”

SEA LIFE Orlando Aquarium’s Ted, the loggerhead turtle, is a rescue turtle who was released  multiple times back into the wild, however he was not displaying behavior consistent with  survival on his own. Hence, SEA LIFE Orlando Aquarium became his forever home. Ted’s name  is an acronym for Turtle Excluder Device. TEDs are escape hatches in fishing nets that allow  turtles to escape if they are accidentally trapped. Ted, the sea turtle, was one of the first turtles to test the TED device and played an important role in pioneering a technology to help  protect the endangered sea turtle species. 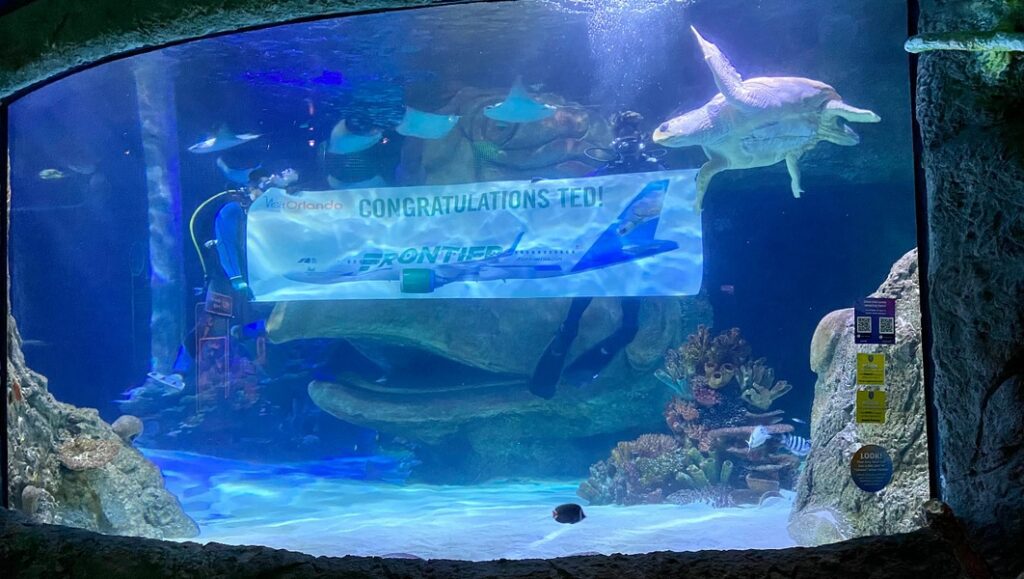 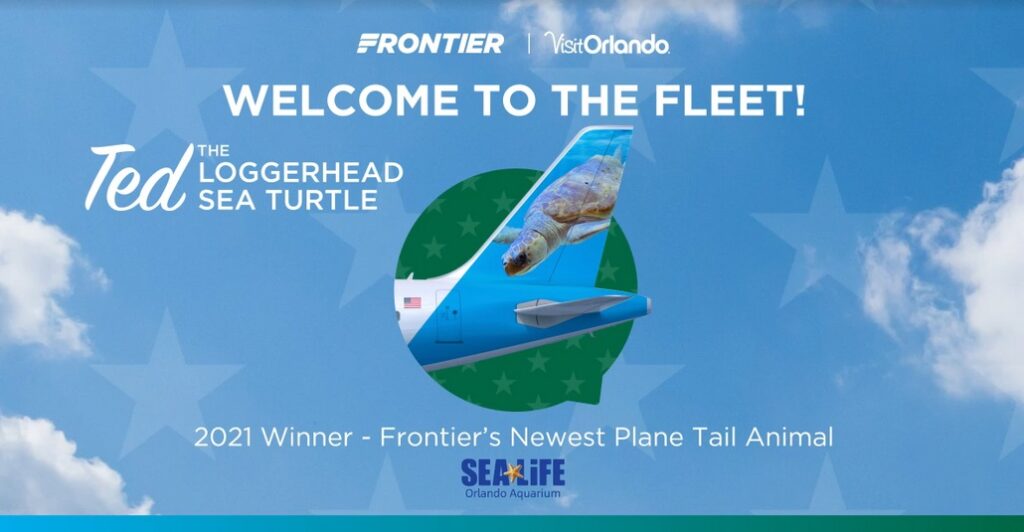