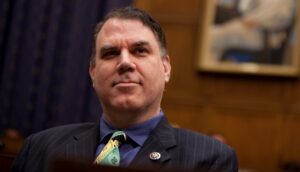 From local political hero and national liberal firebrand to out of office and an attempted silencing by the Democratic Party, Alan Grayson must be wondering how this big political smear campaign just won’t go away. While most of the media and political establishment want you to know a domestic abuse allegation was made against the former Congressman, there’s much more to the story. In fact, what is being left out of mainstream reporting is most of what has been revealed in the court of law, and it’s time to expose the ongoing lie against Alan Grayson as he launches his latest run for U.S. Senate.

Because of the seriousness of the allegations against a former Orlando Congressman who is currently running for Senate, West Orlando News launched an investigation into court records and sought to review full accounts of situations over the years. We found that many details have never been fully reported in mainstream media. The information revealed should finally put an end to the false allegations against Grayson and allow Florida voters to move beyond this as Grayson runs for Senate in 2022.

First, looking at the incident in question from 2014, here are the facts of the case. His ex-wife, Lolita Carson-Grayson, did submit a handwritten statement with the allegations that she later withdrew completely. Actual video from the scene provided to police only showed her hitting him, and on a 911 call made after Grayson left, she said she wanted to report Grayson for disturbing her peace. When asked to clarify, she said “he came over to my house,” and when asked if there was an altercation or if he hit her, she replied that she hit Grayson. An affidavit from Grayson’s daughter also stated Alan never hit the mother of his children. The video was widely disseminated demonstrating that the allegations were false from Grayson’s perspective, as filmed by another witness.

But more than that, Lolita Carson-Grayson publicly recanted the allegations a day later and issued a written apology. Eventually, the domestic violence case was dismissed. In the divorce case, Lolita Carson-Grayson was subsequently held liable for Grayson’s attorney’s fees, and the judgement included reference to the false domestic violence allegations made. More recently, the judge sanctioned her and she was ordered to pay $200,000 in legal fees by the court.

To provide more context, Lolita Carson-Grayson made the allegations after it was discovered she was still married to a previous husband and had been committing bigamy. She had previously filed for divorce with Grayson before the bigamy revelation. The same week she realized she would lose everything in her divorce case, she called the police. There is a pattern to her behavior as well.

Over the years, she made numerous calls to local police from the home, many leveled against her children too. Apparently, local police were not very concerned with her various claims over the years. However, there are concerning reports that have been provided to the court including an incident where she threw knives at one daughter, another incident where she hit her son in the face and then said she would call the police and report him, as well as concerns about a son with bite marks, among others. The court also learned that two of the teenagers ran away from home while Congressman Grayson was in Washington DC to escape their mother. Grayson has full custody of all of their children, and four of the five children were still living with him prior to a house fire in March. The court was also notified the children have no contact with her.

Only her side of the story has really been reported, as part of the ongoing political smear campaign, along with a “Grayson denied the claims” line. If there was even a shred of truth to any her claims, why would any court or judge grant Alan Grayson full custody of all five of their children, or why would a judge sanction her to pay $200,000 in legal fees?


So how did all this end up becoming such a political smear to take down Alan Grayson? It was Lolita who brought the false allegations back in 2016 when Grayson was running for U.S. Senate the first time. She reached out to Politico, who ran with the story without fact-checking someone who committed bigamy, or without looking into any court records. This whole mess literally centers around a woman who lied during her entire 25-year marriage and recanted her false allegations within 48 hours.

Of course, an accusation like this against a major political figure should be investigated. But while we were all told one thing by the media, by the political establishment and even by shady dark money running attack ads in our community, the actual facts of the case were not being shared. It was all too convenient to use the false allegations to ruin the political career of someone who fought for disadvantaged and underserved Americans and someone who held his own party accountable while taking on conservatives nationally.

It seemed to work. Democratic Party leaders turned on Grayson publicly and the party spent money against him in the contested primary against Patrick Murphy. The media refused to cover issues or policy proposals and only focused on sensationalizing the false allegations. After losing the Senate primary in 2016, Grayson ran for Orlando’s 9th Congressional District in 2018, but also lost in a primary to Darren Soto. Grayson also lost business opportunities outside of elected office due to his critics using the claims against him.

No Labels was one political organization that used dark money to attack Grayson during his 2018 Congressional campaign based on this lie. Always a fighter, Alan Grayson sued the political group for their attacks, which is still actively working through the court system. Grayson’s lawsuit against No Labels calls out “vitriolic, hateful, false, and maliciously defamatory statements.” While No Labels claims to be independent, they are known to hit progressives around the country using big donations from conservative and Republican donors.

Grayson’s lawsuit states No Labels knowingly created a false impression of him, falsely accused him of committing a crime and “published with reckless regard to truthfulness.” The judge has rejected two attempts to dismiss the case, which seeks millions in damages. Grayson intends to subpoena No Labels’ donors, which could make this case even more intriguing.

Whether Grayson runs for Senate or Congress, political groups using dark money in Florida should not divide the Democratic Party using this political smear in the primary. Hopefully the media will drop the questions surrounding false allegations from years ago and allow the issues and policy proposals to take center stage for the voters.