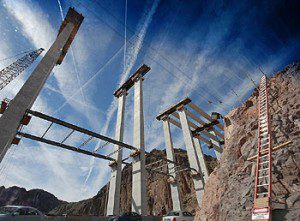 Last night President Barack Obama gave a speech to a joint session of Congress regarding jobs and the importance of putting Americans back to work. The President has an actual plan that he will deliver to Congress entitled the American Jobs Act.

Contained within the plan is a proposal to rehire laid off teachers, invest $50 billion toward infrastructure, and cut payroll taxes in half for 160 million U.S. workers.

For some the President’s plan comes a little to late as America struggles its way through an unemployment rate of 9.1 percent and the country continues to see mass numbers of job losses.

President Obama is losing support from his base at alarming rate as a recent Gallup poll shows that he has an approval rating of 44 percent.

He has a lot of work to do to get back above 50 percent and his new jobs plan is a good start. He was emphatic in his tone and pointed in his approach that Congress pass this new act.

But the passion he showed in last night’s speech is why so many Americans chose to vote for the Senator from Illinois with the funny name. Now, its time for action.

There isn’t much that’s necessarily wrong with the President’s plan as he often stated that his approach has bi-partisan support within the House and Senate.

But Republicans have been measured in their response to his plan with some saying that there are concerns regarding how the government will pay for this new jobs act. Republican Senator Rand Paul released a response last night and called on the President to have a real conversation with Americans and to lose the teleprompters.

Within his nearly eight minute response Senator Paul failed to offer any real solutions on how to create jobs. Instead Paul decided to educate the President on supposed economic facts about America’s top income earners.

Republicans have constantly dogged the President for failing to present a true jobs plan. The right now has that plan from the President and it’s their turn to act.

For House Speaker John Boehner the ball is now in your court. You and your Republican colleagues promised to get Americans back to work and so far we’ve only seen folded arms, negative rhetoric, and WWE style political grandstanding.

Where is the Republican jobs plan? I’m not talking about just simply cutting spending and ridding the system of all regulations on small and big business. I’m speaking of a detailed plan that will offer real solutions to this nation’s jobs crisis.

And while I’m at it, where do Republicans stand on helping African-Americans and Hispanics get back to work? President Obama has been tarred and feathered for failing to help those who are being impacted the most by this jobs depression but Republicans haven’t even looked in their direction.

The unemployment rate for black folk is nearing 20 percent and not only should the President have major concern over this rate, so should Republicans.

This is an American problem not just a minority issue.

I will continue to criticize the President when I see fit, but no way in the world will I allow Republicans to receive a pass on this issue.

This was the party in charge of driving this nation toward an era of economic misery by smoking America’s credit card on un-funded wars and misguided tax cuts.

Republicans receive no pass on this and should take an equal part of the blame for failing to concentrate enough energy on America’s jobless.

Republicans claiming to know what’s in the best economic interest for this country is hogwash. For me, that dog just won’t hunt.