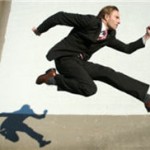 A just-released Rasmussen poll shows that Democratic Congressman Kendrick Meek trails Governor Charlie Crist by 16 points and Marco Rubio by 20 percent, even as the two Republicans– Crist and Rubio–duke it out for their party’s nomination.

rasmussen.com: While Charlie Crist and Marco Rubio battle it out for the Republican Senate nomination in Florida, one thing is unchanged for now: Regardless of which GOP candidate emerges, the likely Democratic Senate nominee, Congressman Kendrick Meek, has a long way to go.

While Crist, the state’s current governor, trails Rubio by the widest margin yet among Republican voters, he leads Meek 48% to 32%. Eleven percent (11%) prefer some other candidate, and nine percent (9%) are undecided.