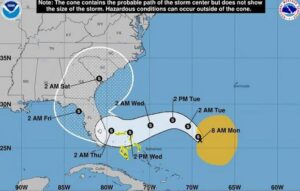 Officials are advising residents to finish up any preparations, as local conditions could start to deteriorate tomorrow, well ahead of the storm itself.

“We encourage all residents to stay weather aware and continue to follow storm updates over the coming days,” Orange County government posted. “Make sure you and your family are prepared!”

According to a recent NOAA/NWS alert: “Subtropical Storm Nicole will drift westward on Tuesday before taking a turn west-southwestward Tuesday night into Wednesday, moving toward the northern Bahamas. Nicole is expected to approach the eastern Florida Peninsula, potentially near or at hurricane strength, Wednesday into Wednesday night and will produce significant impacts across east central Florida. Preparations should begin now for at least strong tropical storm conditions by mid-week.” 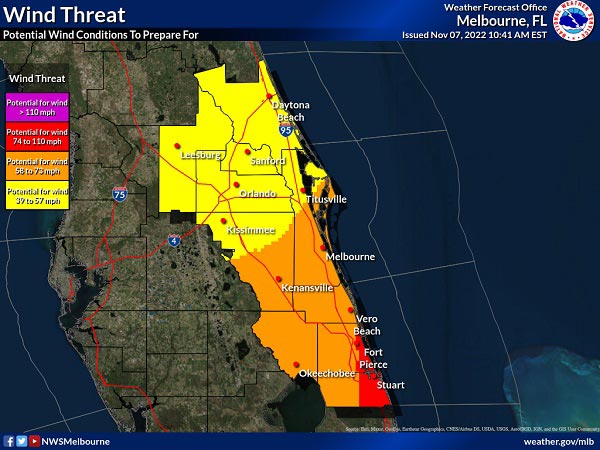 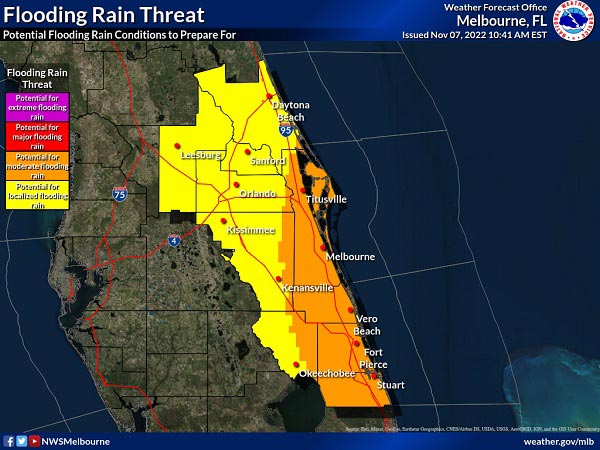