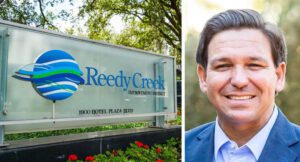 The hyperbolic reaction – mostly by local Democrats – to Florida Governor Ron DeSantis abolishing Walt Disney World’s independent special district, Reedy Creek, can be described as nothing less than hysteria and it needs to stop. Yes, this whole thing is nothing more than a political stunt by Governor DeSantis, but people should calm down and not be fooled by it or the Democratic overreaction that followed.


Sure, it’s clear the whole point of this political shakedown by DeSantis was to punish Disney. That may or may not even be constitutional, but that’s on Disney and their multi-million dollar legal team to figure out. Quite frankly, I don’t care what happens to Disney‘s special status because I have always opposed it and all other forms of political special treatment. Let me also be clear, I oppose Governor DeSantis for using government to punish his political enemies. He’s not the first, and he surely won’t be the last politician to do it unfortunately.

But I understand that DeSantis views it as a smart political move to motivate his base in an election year and kicking a big corporation when they were already down isn’t a hard thing to do. I’m confused how it fits his “small government” narrative as a conservative. I’m also left confused by local Democrats losing their own election narratives by jumping to Disney’s defense. Based on the reaction from his critics and the likely real ending to this political play, DeSantis clearly is winning on this issue too.

As a lifelong Democrat, I’m not sure if I’m surprised, completely shocked or just disappointed that Florida Democrats basically became Disney lobbyists in a snap, especially considering Republicans potentially eliminated two Black congressional districts off the map during the same special legislative session. But where were the Democratic priorities? Clearly trying to get that Disney money they have hated for so many years.

We heard from almost all of them that the sky was falling, and that Orange County residents “could” have their taxes raised, “maybe” they said. They asked how could Governor DeSantis do this to us? They told everyone to be very worried. But not one Democrat from Mayor Jerry Demings, to Tax Collector Scott Randolph, to any of the state legislators could actually explain what will happen in Central Florida. There are a lot of unknowns, because no one knows what will really happen – these issues are far from being resolved by the Florida legislature.

In fact, Governor DeSantis acknowledged that earlier this week. “It is not the understanding or expectation for SB 4-C, abolishing independent special districts, to cause any tax increases for the residents of any area of Florida,” Governor DeSantis’ office said. “In the near future, we will propose additional legislation to authorize additional special districts in a manner that ensures transparency and an even playing field under the law.”

That was the whole play here. There is a big reason dissolving Disney’s special district does not happen until NEXT year, 2023. That’s right, there was absolutely no point to bringing this measure up during the special session other than to serve as a distraction to Governor DeSantis redrawing congressional maps as he sees fit. The Democrats fell right into the trap.


The Governor has been clear there will be more legislation, and I can see it now: instead of Disney’s special district we will get the “DeSantis Special Districts” that he’ll brand as transparent and fair. The current legislation serves the purpose of silencing Disney in the upcoming elections or risk Republicans not fixing the problem they created. But let’s be honest, neither the Governor or Florida Republicans are realistically going to allow a tax increase on residents under their watch, it would kill their brand. Disney knows it too, which is why they have been very quiet.

Despite the Democratic fearmongering, there is no certainty that local taxpayers would become responsible for Disney’s huge debt either. I also don’t understand why Democrats ramped up the fear tactics the way they did, as Mayor Demings and others push a sales tax increase to fund transportation and expand SunRail. So now, on top of inflation and rising costs, local Democrats think it is smart to scare voters about future tax increases that may or may not happen, as you ask them to approve a sales tax increase? This is sure to only further complicate the issues ahead of Election Day.

Orange and Osceola Counties may have to deal with the fact that Reedy Creek goes away one day, but WDW is never leaving Orlando. Elected officials should show confidence, leadership and come up with a plan. Why would Tax Collector Randolph say taxes could increase up to 25% in one sentence, and then admit in another he doesn’t even know if they legally could raise taxes that much? Because he does not know what he is talking about and he was trying to get on CNN again to seem important. Randolph has no actual tax experience outside of his current elected role, which he originally won by running on the ballot under Earl K. Wood’s name. He was the local Democratic Party chair at the time and when Wood died he put himself on the ballot knowing most voters would vote for the name – so Randolph knows political stunts when he sees one and just couldn’t help himself. Even Orlando State Representative Anna Eskamani, who is known as a progressive champion, took to defending mega corporation Disney on the local news. None of this is really helpful to anyone except the politicians and a lot of their comments riled up the community.

In fact, there’s even a legal reason why Florida and Gov. DeSantis may not be able to dissolve the Disney special district, since it promised bond purchasers that it wouldn’t, according to Jacob Schumer of Shepard, Smith, Kohlmyer & Hand. But again, none of our elected officials wanted to actually research or look into the issue before commenting on worst-case scenarios.


Instead of talking about the importance of Black representation and the fact that Rep. Val Demings’ seat was redrawn by the Governor a few months before voting, and instead of talking about Democratic issues that will shape the election for Senator and Governor, the community saw the newest hopeful Disney lobbyists line up for future campaign contributions. It’s almost like Florida Democrats forgot the fact Disney has run the politics in the state for decades, paying off both parties but more to the Republicans. That means every piece of “bad” legislation before the parental rights bill that sparked this special district situation also had Disney’s blessing.

For decades, Disney’s political operation has played the state of Florida and the local governments like a fiddle. Disney created this mess, and after this is done maybe it’s time for them to take a back seat in Florida politics. After all, I haven’t heard Disney comment on their low wages, or the fact most of their employees can’t afford to buy a home in Central Florida, or any of the politics of authoritarian China where they also have a theme park. I mean, if Uyghur genocide and human rights violations in China don’t concern the company, then Florida politics shouldn’t either.

Is this whole DeSantis-Disney special district saga additional proof that Florida operates as a banana republic? Yes. Is it embarrassing? Sure. But is this an issue we should care about, get worked up about, or be so hyper-focused on right now? Absolutely not.