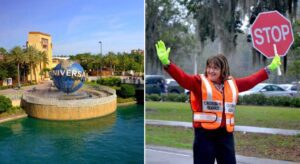 Amid a local school scandal uncovering an improper verbal agreement between Universal Orlando and Dr. Phillips High School, Orange County School Board Chair Teresa Jacobs accepted, then refunded political contributions from the theme park. The donation to Jacobs’ campaign could not have been timed worse, as Universal was actively violating OCPS policy at the time while negotiating a written agreement and neither Jacobs nor OCPS were taking immediate action to protect liability and safety at the property.

School Board candidate Carl Brewer also called the actions “wildly inappropriate” and called for an investigation by Governor Ron DeSantis or Florida Attorney General Ashley Moody into the Orange County School Board Chair and this whole situation. Jacobs clearly knew it did not look good, as she refunded the contributions. Jacobs told West Orlando News she decided to refund the contributions “to avoid even the appearance of impropriety.”


On July 28th, Jacobs’ campaign received two contributions of $1,000 each from Universal Travel and NBC Universal Media. “It is not unusual to receive contributions from Universal, they have supported my campaigns in the past,” Jacobs wrote West Orlando News. “At the time they made these contributions, I had been assured by our legal staff that they had agreement on the terms of the written contract and were in the process of drafting it.”

To School Board candidate Carl Brewer, the Universal contribution timing was also suspect.

“I think to donate to an individual during a time when negotiations are being made, in which the end result is for that entity to obtain something without paying or minimizing expenses, is inappropriate and shouldn’t happen,” Brewer said. He also acknowledged there may even be laws regarding this that need to be looked into further.

“Speculating on this issue, allowing Universal to continue to utilize the property without a written contract, making $27 per space at 382 spaces equals $10,314 per day – when there are countless businesses and individuals who go through a rigorous process and pay fees to be allowed to use the premises – speaks volumes regarding how OCPS views the community versus corporations,” Brewer added. “If I was in charge, we would have had an agreement in place a long time ago with them and the additional millions in revenue due to OCPS would have been earmarked for upgrading school safety and increasing teachers’ pay.”

Chair Jacobs insisted she believed the issue was “being handled” and that she checked with the OCPS legal department as well. “Our legal department also assured me,” she said, “that the verbal contract currently in place was legally binding and that Universal had adequate liability insurance.”

However, OCPS has still not fulfilled a public records request showing the legal brief or memo stating a verbal agreement that violates OCPS policy is “legally binding.” They have also not provided the name of the lawyer who provided this legal assurance to Jacobs yet. Jacobs also declined to say who told her that legal advice.

“At the time the contributions were provided to my campaign, I believed the issue was being handled,” Jacobs said. “However, to avoid even the appearance of impropriety, I decided to refund the contributions.”

“While I cannot speculate on whether or not this was a buy-off to influence how negotiations go, I do feel from a business and ethics perspective, that these actions are wildly inappropriate,” Brewer countered. “Anyone who has accepted donations from NBC Universal or any of their subsidiaries needs to disclose this to the public and recuse themselves from the negotiations and supporting the final contract with them. But, since Teresa Jacobs and three other members on the current school board have accepted thousands of dollars in contributions from Universal, and Teresa Jacobs received thousands more from them when she was Mayor, maybe the Governor’s office or the Attorney General’s office should be looking into this matter. It seems half of the Orange County School Board has been bought off by them at this point.”


West Orlando News heard from several parents who are concerned with this issue and they are also calling for further investigation. West Orlando News has several public records requests that remain unfulfilled by OCPS at the time of this publication. But Jacobs did admit that she first learned of the improper verbal agreement from a West Orlando News email.

After being questioned, School Board Chair Jacobs also tried to further describe the actions she did take following the revelation of the improper verbal agreement – but she did so using her campaign email not her official email.

“As I stated in an earlier email, I learned of the 20-year-old verbal agreement between Dr. Phillips High School and Universal Studios from your email sent to all board members on 7/15/22,” Chair Jacobs wrote West Orlando News. “Because of the nature of your email, and the fact that this does not fall under the board’s jurisdiction, I immediately contacted the superintendent designee, our general counsel, and our chief of communications. Although I do not have the authority, individually, to direct the superintendent or staff, I asked them to do several things, if the terms of the verbal agreement were acceptable, execute a written agreement as quickly as possible, which they assured me they were in the process of doing, and I asked the superintendent designee to notify all principals that all contracts for use of OCPS property must be in written form and follow the appropriate process, which she assured me she would do.”

Then political contributions were made to Jacobs. Yes, they were refunded, but the wink and nod in politics was clear. Jacobs and OCPS continued to look the other way as Universal continued with “draft agreements” and “verbal agreements” that would not be allowed in any other circumstance.