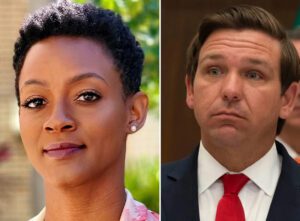 The Florida Department of Revenue responded to a letter from Jacksonville State Representative Angie Nixon and provided the majority of the information requested relating to the state’s corporate income tax collections. In the letter, Rep. Nixon outlined ten questions regarding corporate income tax collection over the past four years and it may surprise some Florida residents. The Democratic Representative said in the interest of transparency, the data provided is being released for all Floridians to gain a greater understanding of how the state’s corporate income tax system works.


“Every day in Florida, folks are working their fingers to the bone to keep food on the table and a roof over their head and they deserve transparency when it comes to how our state treats them as taxpayers versus our largest corporations,” said Rep. Nixon. “What this data shows is that while most Floridians pay taxes each day, the wealthiest corporations are not paying what they owe due to a system designed to benefit only those at the very top.”

At the time of her original request, Rep. Nixon took on Governor Ron DeSantis for helping big corporations instead of struggling Floridians. “As rent and property insurance rates skyrocket, the Governor is about to hand out hundreds of millions of our tax dollars to a small handful of big corporations,” she said at the time. “This is the second time that the Governor has given rich refunds to these same huge companies – many of which are now helping to fund the Governor’s re-election campaign.”

Now that some additional data has been provided by the state, Rep. Nixon sounded like she is not done fighting for a new tax system in Florida.

“Here in Florida, wages remain below the national average and the cost of housing continues to skyrocket,” Rep. Nixon added. “Despite massive profits and little to no tax burden for corporations, our workers continue to struggle while doing everything right for their families. I’m proud to fight to ensure that every corporation pays what they owe and for a tax system that puts the needs of the people first, not corporate donors.”

Rep. Nixon’s original letter requesting the information can be viewed here. Here is the full responsive data from Florida Department of Revenue: