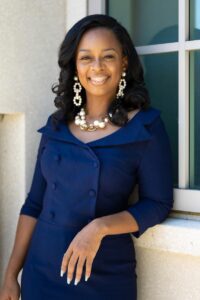 State Representative candidate Melissa S. Myers says she is putting her “Passion Into Action” to represent Ocoee, Pine Hills, Lockhart, and College Park as she runs in house district 40. Myers isn’t new to working hard in changing lives in her community. For more than a decade, she has volunteered her time passionately to build relationships that enable change through neighborhood revitalization.

She stood up for Ocoee firefighters, highlighting the mistreatment of local first responders along with their low salaries. She also partnered with the Ocoee Police Department to bridge the gap between police officers and the community. Myers was an advocate for the Ocoee Police to have mental health counselors on call during emergency calls.


In the battle against injustice, Myers has fought for what is right and pushed for action on behalf of those whose voices are not heard. She has supported and rallied for racial equality, and she has been vocal on gun violence. She has organized many community events along the way, but says she is ready to take her passion to the legislature. She is also the owner of a staffing firm where “employment opportunities are given to individuals who have bruised backgrounds,” she said, “providing them with a fresh start.”

Myers’ campaign platform includes the main issues she plans to fight for in Tallahassee, if elected:

Myers says she hopes her campaign will unite the community to create change, and wants to include residents in doing what is right by the community instead of waiting on the current elected officials to act.