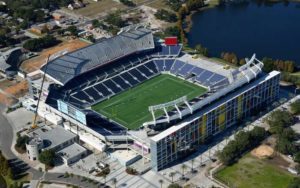 The billionaire owners of the NFL want millions of local tourist development tax dollars to bring the dying Pro Bowl game to Orlando’s Citrus Bowl, and possibly as soon as next year. The football league is seeking incentives totaling at least $2.5 million  in 2017 alone, including $1.5 million from tourist taxes. Then the NFL wants more local money later.

But there’s still a local debate going on between Orange County, Orlando and tourism industry leaders about how to spend TDT dollars right now. Because of that, Florida Citrus Sports wants to know if they should move forward with negotiations with the NFL.

The issue of the tourism development tax, “has severely hampered our ability to secure commitments/assurances needed to finalize a three-year plan with the NFL,” Florida Citrus Sports CEO Steve Hogan wrote. “The NFL is in the middle of a 30-day window with Hawaii that allowed them enough cover to work with Orlando. Over the next week or two, a final decision will be made, and it is critical for the NFL to understand what the next three years in Orlando would look like financially.”

Jacobs issued this statement: “We’ve been in discussions with leaders from Citrus Sports about the possibility of hosting the NFL Pro Bowl at the Citrus Bowl. Currently, we’re refining the process for evaluating the use TDT funds for such events. I am confident that once that effort is concluded, we will be able to compete to bring this marquee event to our community.”