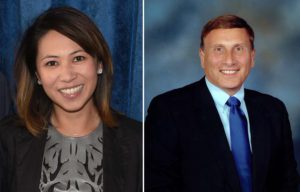 On the 81st anniversary of Social Security, Democrat Stephanie Murphy is blasting incumbent Congressman John Mica for his attempts to privatize Social Security and raise the retirement age on Florida’s seniors. Today, August 14th, marks 81 years since President Franklin D. Roosevelt signed Social Security and it remains one of our nation’s most popular programs that has lifted millions of seniors out of poverty and saved countless lives.

“As we celebrate the 81st anniversary of Social Security, Congressman Mica should explain his support for privatizing Social Security and raising the retirement age,” Murphy said. “Making matters worse, he’s voted to give himself a pay raise eight times while seniors rarely ever see a raise. When I’m elected, I will work around the clock to protect Social Security and stand up for Florida seniors.”

“Social Security is not just a government program – it’s a lifeline for millions of seniors and their families,” Murphy added. “We should find bipartisan ways to protect and preserve Social Security for generations, not tear it apart and gamble seniors’ benefits on Wall Street by privatizing it.”

Murphy is calling on Congressman Mica to explain his controversial Social Security positions ahead of this year’s election.