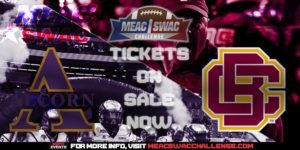 Karsceal Turner – I Got NEXT!

This 12th annual game, which showcases and celebrates teams from Historically Black Colleges and Universities, will be played at Daytona Beach Municipal Stadium for the first time and will be televised on ESPN Sunday, Sept. 4 at 1:00 p.m. ET.

Tickets are on sale now. The matchup will showcase the Alcorn State University Braves of the SWAC against the Bethune-Cookman University Wildcats of the MEAC.

The event will bring fans to Daytona Beach over Labor Day Weekend for the start of college football season.

It’s still all about the Bands

In addition, the weekend’s events also include a high school career seminar and pep rally featuring Alcorn State’s Sounds of Dyn-O- mite and Bethune-Cookman’s Marching Wildcats. I don’t know who told you different but it’s all about the bands when it comes to HBCU football. Say whatever you want. I’m telling you what I know.

I realize the average football fan is starved from lack of gridiron action throughout the summer. For my fellow Daytona Beach residents and myself, there is no better sound than hearing the band practice each evening or driving past the football practice field and watching the team put in work. It truly signals the upcoming season full of pep rallies, tale-gates, trash–talk, and fellowship

We eagerly anticipate the outcome of those grueling practices (including those hot ass two-a-days in the Florida Sun) when the Cats take on the Braves on the gridiron and at halftime. 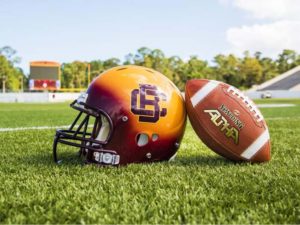 Bethune-Cookman went 9-2 last season, 8-1 in the MEAC, and earned a share of its fourth consecutive conference championship. This will be the Wildcats’ third appearance in the MEAC/SWAC Challenge, after victories over Prairie View A&M in 2011 and Alabama State in 2012.

B-CU will again be a formidable team under Terry Sims, who was the MEAC coach of the year in his first season in 2015. Sims expects a stiff test from Alcorn State.

B-CU will follow-up the game against Alcorn with a road game at North Texas (Sept. 10) before returning to the friendly confines of Municipal stadium with a showdown with the Tigers of Tennessee State University (Sept. 17).

This 2016 version of the MEAC/SWAC Challenge will be the only regular season meeting between the MEAC and SWAC until the Celebration Bowl on Dec. 17. It is a game you don’t want to miss!

Look for me down on the field. The name of the column is I Got Next!