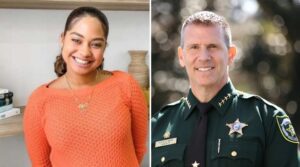 Saying that Orange County Sheriff John Mina’s public conclusions about the death of Miya Marcano were “not supported by the evidence” and “purely speculative,” Attorney Daryl K. Washington responded to the medical examiner’s autopsy findings with more questions than answers. The family also believes that Sheriff Mina did not take Miya’s disappearance seriously and that the Orange County Sheriff’s “inability” led to a loss of critical time in the effort to find Miya.


“This family continues to struggle with not knowing the true cause of Miya’s death” Attorney Daryl K. Washington stated. “The release of this report supports our contentions that Sheriff  Mina’s public conclusions regarding the events surrounding Miya’s death are not supported by the evidence and are purely speculative. At this time, we cannot conclude that Miya died in her apartment as Sheriff Mina stated during one of his earlier press conferences, nor can we conclude the time or manner of death as indicated in the autopsy report. We do know that you do not duct tape and bound a person if they are already dead, which gives us reason to believe Miya may have left that apartment alive. We want to reiterate that we believe precious moments were loss in the effort to find Miya due to the inability of the Orange County Sheriff’s Office to take Miya’s disappearance seriously and the Preiss Company’s failure to provide the Key Fob reports in a timely manner.”