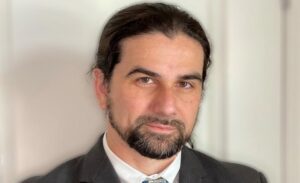 Dennis Misigoy, Libertarian candidate for Senate, has been out on the campaign trail, recently remembering the past and fighting for the future.

The Libertarian candidate was also campaigning recently around Central Florida, including right in Orlando, Democrat Val Demings’ backyard. With how close the Florida Senate race is expected to be, Misigoy is hoping to play a factor, giving voters an alternative option against the two mainstream party choices – and possibly playing spoiler for someone.


On September 11th, Misigoy and his supporters gathered at Veteran’s Memorial Park in St. Cloud in remembrance of the victims of America’s worst terrorist attack. His campaign referenced policy failures which preceded and followed it and called for a new foreign policy of peace and non-intervention.

Last week, Misigoy hosted a meet and greet event with the Central Florida region of Florida Freedom Keepers, an organization dedicated to medical freedom, at Infusion Tea in Orlando.

While Repubilcan incumbent Senator Marco Rubio and Democratic candidate Val Demings are ignoring the Libertarian candidate so far, Misigoy is trying to get their attention by getting his message out to Florida voters. He participated in what his campaign is calling the “first U.S. Senate debate of the general election cycle,” facing off against NPA candidate and Boynton Beach Mayor Steven Grant. The debate was hosted and live streamed by Space Coast Daily from their studio in Merritt Island, according to Misigoy’s campaign.

Adding on to these events, the Misigoy campaign announced stops planned for the coming weeks in Tampa, Jacksonville, and Volusia County.