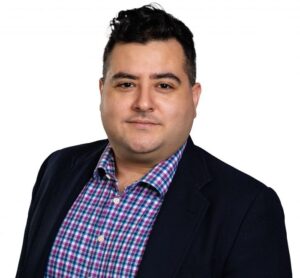 Libertarian Hector Roos, a veteran political consultant and member of the Libertarian Party of Florida Executive Committee qualified as a candidate for Florida Governor in the November 2022 election. Roos is targeting the Republican Governor, saying he has concerns with DeSantis’ lack of a “freedom” record, which is being magnified as Florida’s red flag laws are set to be adopted nationwide by Congress. Roos called the gun safety legislation “draconian.”

Libertarian statewide candidates in Florida have historically placed third but receive more votes than the vote difference between the Republican and Democrat candidates.


As a result, the presence of Libertarians on statewide ballots pressures the other candidates in the race to adopt Libertarian policies. The Roos campaign is calling on Governor Ron DeSantis to bring forward Constitutional Carry and a repeal of the red flag law Senate Bill 7026 to a vote in the upcoming special legislative sessions. It has been widely discussed that the Florida red flag law is the template for the proposed federal red flag legislation in Congress.

“Governor Ron DeSantis who has done little to show libertarian voters in Florida his commitment to liberty aside from a more modest COVID lockdown compared to other states. He can do better than lip service by demonstrating his commitment now to liberty,“ said Roos.

Roos made it clear the fight against red flag laws will be an important part of his campaign.

“Arguably, red flag laws themselves are part of a long tradition of Jim Crow style laws which disproportionately affect minorities and punish political opponents,” Roos said. “Under a red flag law, a person only has to be accused of wrongthink as opposed to a crime to have their rights stripped away without an opportunity to first confront their accuser and defend themselves before a judge and jury.”

The previous Libertarian candidate for Governor Adrian Wyllie received 223,356 votes, the most of any third party candidate for governor in Florida’s history, by far beating the vote difference of 64,145 votes in the 2014 general election behind then incumbent Republican Rick Scott, who won, and Democrat Charlie Crist who is also running in 2022. Governor DeSantis beat Democrat Andrew Gillum by 32,463 votes in the 2018 general election in the tightest race in Florida history.

For nearly 15 years, Roos has worked as a political consultant throughout the state of the Florida. He is also a real estate and marketing professional. He holds a Bachelor’s Degree from Florida International University and is currently a resident of Miami. He serves on the state boards of the Libertarian Party of Florida and the Florida Mises Caucus, a social welfare nonprofit committed to advancing libertarian policies through culture and education.