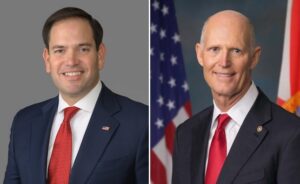 Even as the alliance contends with Vladimir Putin’s illegal invasion of Ukraine, the Republican Senators say the threat is too serious to wait. Next week, NATO members will meet in Madrid, where they are expected to release a new strategic concept that will guide NATO decision-making for the next several years.


“First and foremost, the new Strategic Concept should embrace the fact that the alliance has two flanks,” the senators wrote. “Even as Putin continues to wage a bloody war against Ukraine near NATO’s eastern flank, the alliance must prepare to deter increasing aggression by the CCP that threatens U.S. allies and NATO territory in the Indo-Pacific. The Strategic Concept should make clear that while the alliance will continue to remain united and work together, the European states should take the lead in addressing the threat posed by Russian aggression by increasing their defense capabilities, so that the United States, Canada, and France can shore up the alliance’s defenses in the Indo-Pacific to deter Beijing.”

“Secondly, the Strategic Concept should reflect the new modes of conflict pioneered by the CCP and the Kremlin.… From cyberattacks on critical infrastructure, to economic coercion, to isolation in international fora, there is no limit to what the CCP and the Kremlin will do to wage conflict against their enemies,” the senators continued.

“Lastly, the Strategic Concept must recognize that the alliance’s enemies are increasingly working together,” the senators concluded. “It is no more a coincidence that Moscow and Beijing declared a ‘no limits partnership’ shortly before Putin’s invasion on February 24 as it is that Putin and the CCP have advocated for Iran in ongoing nuclear negotiations in Vienna…. We urge you to ensure that the Strategic Concept to be released in Madrid reflects these realities.”

The full text of the letter is below: