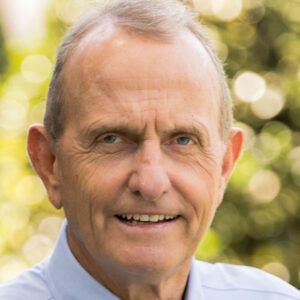 Central Florida businessman and attorney, Ted Edwards, has announced his candidacy for the 7th Congressional District, being vacated by Democrat Stephanie Murphy. The district includes Seminole County and a portion of Volusia County and is rated R+5 by the Cook Political Report.

Edwards, who served on the Orange County Board of County Commissioners, says he is a common-sense, pro-business conservative, who is focused on issues affecting people’s lives and the security of our borders.


“It’s hard not to be frustrated by what we see happening in Washington,” said Edwards. “The Biden administration is not focused on the challenges to our country, our economy, or what’s impacting peoples’ lives. We have the highest inflation rate in 40 years, highest gas prices in history, two million illegal immigrants a year, and runaway government spending. Biden’s liberal agenda isn’t working for anyone right now and I want to change that.”

Edwards will focus on curbing inflation, securing our Southern border, and responsible gun safety, among many other important issues. On the issue of guns, Edwards did come out supporting red flag laws and mandatory background checks in response to recent school shootings.

“Hard working families are unable to keep up with the rising costs of groceries and gasoline due to lack of energy independence, supply chain issues, and government regulation and overspending,” his campaign said. “Our country cannot absorb two million illegal immigrants a year that compete for affordable housing, burden our school systems, and increase the demand for goods and services in short supply. In order to protect our school children, Edwards further supports mandatory background checks, red flag laws, and discussing a ban on the sale of assault weapons to 18-year-olds. Edwards is a strong supporter of gun rights but also supports reasonable changes to address mass school shootings.”