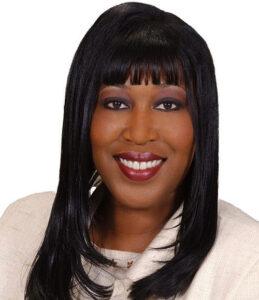 Lawanna Gelzer, one of Orlando’s hardest working and well-known community activists, is the big winner in the Orange County District 6 Commissioner race. Gelzer emerged leading the vote on August 23rd and will head to a runoff. The votes are extremely close between the second and third candidates, so a recount will likely be needed to determine who will face Gelzer in November.

“I’m grateful that the hard-work and community organizing has been recognized by the voters of District 6,” Lawanna Gelzer said. “I’ve been dedicated to giving a voice to the people and putting the needs of the district first. The work continues and our campaign will press forward.”


There were seven candidates running in this local election. Gelzer received 3,472 total votes, or 19.42%, in Orange County District 6. Gelzer had a lead in vote-by-mail, basically tied for the lead in early voting, and held strong on Election Day to separate from the pack.

According to numbers from the Supervisor of Elections, only six votes separate the second and third place candidates. Currently, Cynthia Harris is in second place, receiving 3,158 total votes, or 17.66%. Candidate Michael “Mike” Scott received 3,152 total votes, or 17.63%. Talk about every vote matters.

In a very crowded field of candidates, Gelzer stood out to local voters, even as other candidates were supported by the political establishment. She has been consistent over the years on the issues, and is a trusted voice for so many in the community.

Lawanna Gelzer was also recently inducted into the Rollins Sports Hall of Fame. Gelzer was Rollins’ first Black female student-athlete that the school says had a “legendary two-year stretch on the women’s basketball team.”

Overall, there were only 17,878 total votes in the District 6 County Commissioner race, out of 112,076 total eligible voters.