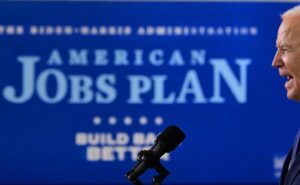 
“The American Jobs Plan represents a historic investment in the future of Florida,” said Florida Democratic Party Chair Manny Diaz. “From bridges, roads, and public transportation, to water, broadband and housing, this plan will allow us to bring  Florida’s infrastructure into the 21st century and will help us revitalize our economy across multiple sectors. With the American Jobs Plan, President Biden and the Democrats are working hard to make everyday Floridians’ lives better. ”

According to the Florida Democrats, here’s more of what the American Jobs Plan will do for Florida: