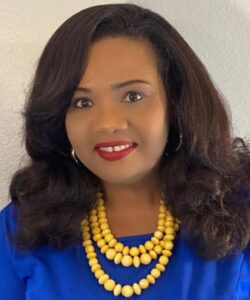 A Jamaican-born pastor currently serving as Vice Chair of the Florida Democratic Party, Green is positioning herself as the top choice for Congress among central Florida Democrats. She has entered the Congressional race with the support of many Orlando elected Democrats.

“I’ve spent my career electing Democrats and defending our most sacred human rights,” Green said. “Holding this seat for Democrats will mean we can defend women’s health rights in Congress if Roe is overturned, while working to lower inflation and improve public safety for every community.”


“Fighting for what’s right is a lifetime calling, and you can always rely on Dr. Green to stand up for justice, whether it’s through her activism in the Democratic Party or as a nonprofit leader empowering communities across the world,” said Orange County Property Appraiser Amy Mercado.

“There are many challenges facing working families, seniors and veterans, and we need a strong leader in Congress who will fight for us,” said State Senator Victor Torres. “No one works harder than Dr. Green. We need her in Congress to help build a stronger, fairer Florida, which is why I am proud to endorse her candidacy for the office of Florida Congressional District 7.”

“Democrats can win when we fight for what matters most, but first we have to believe we can win,” said State Representative Carlos Smith. “Dr. Green has a long history of winning tough races around the state, and I believe in her to hold the 7th District for our party.”

“Dr. Green has a long history of community advocacy and fighting for Florida — I have no doubt in her ability to galvanize support and help keep District 7 away from conservative extremism,” said State Representative Anna Eskamani.

Rev. Dr. Karen R. Green is a political strategist, campaign manager, and mediator. As a resident of Florida for more than 25 years, she says she has consistently demonstrated leadership in addressing the pressing socio-political agendas, including, but not limited to, securing the civil liberties of immigrants and other minority communities, women’s rights, youth development, universal health care, religious freedoms, social justice, and climate advocacy. She currently serves as president of the Liberty & Justice for All Community Foundation and holds a PhD in industrial psychology from the University of Greenwich.