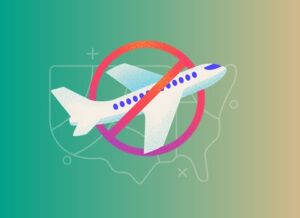 The summer travel season is here, and one thing that is noticeably different around Orlando and the rest of Florida is the lack of tourists from all across Europe, from the United Kingdom to Sweden. Due to the COVID-19 pandemic, residents of the UK, Ireland, and European Schengen area are facing European travel ban, and Florida along with the other states are facing billions of dollars in economic losses as a result.

Shockingly, Florida could potentially lose 3.36% of its GDP this year due to the lack of European tourists.


With states facing these losses due to the lack of European tourists this year, WalletHub released its report on the States Hurt the Most by the European Travel Ban and Florida is the 4th most hurt state. Florida ranks just behind New York, the District of Columbia, and Nevada.

In order to determine the states hurt the most by the European travel ban, WalletHub calculated the potential monetary losses based on the number of inbound tourists to each state alongside their total spending, and compared the result to each state’s gross domestic product (GDP).

“Travel bans contravene the longstanding WHO precedent outlined in the International Health Regulations (IHR) adopted in 2005. Under the IHR (2005), travel bans at a country level are discouraged due to their potential to contribute to ‘unnecessary interference with international traffic and trade,’ said Ashley M. Fox, Ph.D., MA, Associate Professor at the University at Albany. “The argument against travel bans is largely based on concerns about unintended consequences of these policies: First, that they might discourage countries from honestly reporting on emerging outbreaks for fear of economic harms; Second, that economic harms can also have devastating health impacts including shortages of basic goods.”

It’s worth noting that the European travel ban is not specifically correlated with the COVID-19 incidence rate.

“Ways of measuring positivity, death, or recovery are done inconsistently between areas,” said Angela Durko, Instructional Associate Professor at Texas A&M University. “If rates are measured in one area in one manner, yet another area has a different criterion for what is considered a ‘death by Covid,’ how can these numbers be valid or reliable when deciding to ban people from that region?”

Why are the country travel bans not based on current COVID-19 rates?

“The short answer is likely that country travel bans are based more on politics than evidence, including the continuation of travel restrictions against Iran, but of particular recent concern is the emergence of different variants,” Fox added. “Current travel restrictions appear to reflect the goal of slowing the global transmission of more transmissible and virulent COVID-19 variants.”

US could Learn a lot from Greece