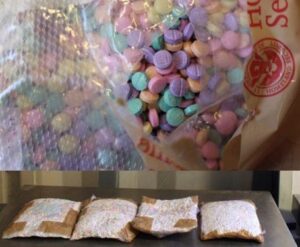 Attorney General Moody previously sent a letter to President Biden demanding he take immediate action to stop the fentanyl crisis killing hundreds of Americans every day. The letter directs the president to classify fentanyl as a WMD, enabling and requiring more parts of the federal government to coordinate a uniform response to illicit fentanyl, including the Department of Justice, Department of Homeland Security, Drug Enforcement Administration and Department of Defense.


“Border patrol has seized enough fentanyl to the kill the entire American population many times over,” Attorney General Ashley Moody said. “With that in mind, and the recent mass overdose events in Hillsborough and Gadsden counties, I am demanding President Biden classify illicit fentanyl as a Weapon of Mass Destruction. The federal government already works to disrupt the supply chains of other chemical, biological, radiological or nuclear weapons—it’s not hard to imagine that similar tactics could be used to reduce the flow of illicit fentanyl into the U.S. through cartels in Mexico—and save countless American lives.”

According to reports, more than 75,000 Americans died of an opioid overdose during the 12-month period ending in April 2021, primarily from synthetic opioids like fentanyl. Fentanyl is also the leading cause of death among U.S. adults 18-45.

According to DHS, a WMD is a nuclear, radiological, chemical, biological or other device that is intended to harm a large number of people. In 2018, the Federal Bureau of Investigation’s Weapons of Mass Destruction Directorate assessed that “fentanyl is very likely a viable option for a chemical weapon attack.”

In 2019, DHS considered the designation. A memo from James McDonnell, then-assistant secretary for the DHS Countering Weapons of Mass Destruction Office, states that the drug’s “high toxicity and increasing availability are attractive to threat actors seeking non-conventional materials for a chemical weapons attack.” According to the memo, DOD also proposed the drug receive a WMD designation.

Fentanyl is a highly deadly synthetic opioid. Just two milligrams can be lethal. Fentanyl-related deaths among teens increased 168% in 2020, with 680 deaths nationwide—last year, 77% of all teen overdose deaths involved the drug. Many of these deaths can be attributed to use of counterfeit prescription pills laced with fentanyl, coming from Mexican drug cartels and from China. It is estimated that at least one third of illicitly manufactured pills are contaminated with the drug, and users often have no idea that they are ingesting the lethal substance.