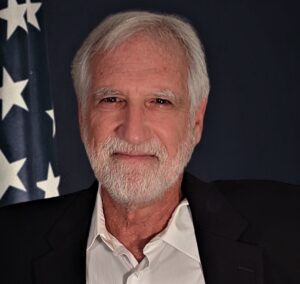 Al Krulick of Maitland is seeking the nomination of the Democratic Party for Florida’s 7th Congressional District seat, currently held by Representative Stephanie Murphy, who is leaving Congress. Krulick, a Central Florida resident of 30 years, is a retired writer, award-winning journalist, arts administrator, political operative, and theater director and producer. He ran for the congressional seat in 2014 as an NPA candidate against then Republican office-holder John Mica.

“I have run for this seat before when it was as red a district as any in Florida,” Krulick said. “That didn’t deter me then and it won’t deter me now.”


Krulick is calling out the Republicans in the race as extreme right-wing candidates.

“I believe that American democracy is teetering on the edge and that it is being threatened by a Republican Party that has become nothing more than a personality cult, subservient to the former president and his Big Lie about the 2020 election which, although he continues to claim was stolen from him, has been proven over and over again to have been honestly and unambiguously won by Joe Biden,” Krulick said. “Yet the Republican candidates, to a person, are all extreme, right-wing Trumpists, who appear ready to accept his Big Lie while preparing to restrict abortion rights, curb any meaningful gun control legislation, and do everything in their power to obstruct President Biden and the Democratic Party’s progressive agenda for America.”

As a contrast, Krulick is running on a progressive platform.

“This district needs a congressperson who is ready to take on the challenges of our time: climate change, voting rights, abortion rights, campaign finance reform, an expansion of affordable housing and healthcare, drug policy reform, and reining in profligate defense spending while dire human needs in our country go underfunded and underserved,” Krulick said. “I am seeking to be that person.”