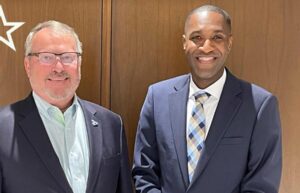 This raises additional questions about whether or not a candidate like Scott is ready to serve as an Orange County Commissioner, as he has been criticized for lack of experience and not having specific plans. Scott is running against longtime community activist Lawanna Gelzer, who received the most votes in the August election and who was the first Black female athlete inducted into the Rollins College Sports Hall of Fame.

According to the City of Orlando written reprimand, Scott violated city policies, including:


It said disciplinary guidelines for such violations “provide for 1-5 days suspension up to and including termination.” The written reprimand also stated that all city employees “should maintain the highest standards of personal integrity in carrying out their public duties and should avoid improprieties in their roles as public servants.”

Here is a copy of Michael “Mike” Scott’s written reprimand from the City of Orlando, which appears to be signed by the candidate in April 2021: