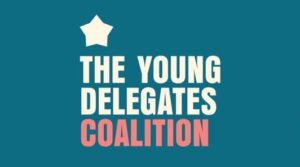 As Congress drags their feet and both sides refuse to get anything done on the issues that matter, the youth are stepping up to demand change. A new coalition of Young Democrats is calling for changes to the DNC Party Platform and recommending adoption of new policies to address police brutality and racial injustice in America. “In all that we fight for, we must always remember that Black Lives Matter,” the signed release said. The coalition’s full release is included below. One local Osceola delegate is part of the movement and believes the reforms are necessary to bring to the DNC platform in the aftermath of the death of George Floyd and the country-wide protests.

“I am part of a group of over 100 delegates called the Young Delegate Coalition and we represent 25 states and territories and range in age from 17 to 35,” said Anthony Santiago, district-level democratic delegate from Osceola County. “Together, we offer these recommendations to the DNC Platform Committee to take a stance against police brutality for our generation, and urge the DNC to review these proposals in order to both address the scourge of police brutality and racial injustice, and take a stance for the future generation of Democrats.”

The Young Delegate Coalition is calling for policy changes like redefining qualified immunity for police on a federal level, removing police from schools, establishing a national police misconduct registry, and removing police unions from labor politics. In addition to calling for a drawdown of resources from police departments to reinvest in the black community, the coalition wants to establish a truth and reconciliation commission on police brutality. The Young Delegate Coalition represents delegates from Bernie Sanders, Joe Biden, and Elizabeth Warren. Here’s the full YDC release:


The following is signed by all members of the Young Delegate Coalition concerning unchecked violence against Black Americans and the resulting protests unfolding across the nation demanding change:

The names above are just a few of the countless Black lives who have suffered directly from the abhorrent and disproportionate violence.

As DNC delegates of a new generation, it is imperative for us to push the Democratic Party forward —- to change the status quo that results in the loss of so many Black lives and the incessant refrain of “I can’t breathe,” both literally and figuratively for the Black community.

Angela Davis, a civil rights activist, teaches us that, “In a racist society, it is not enough to be non-racist, we must be anti-racist.” While many Democrats today stand firmly against these racist policies, the Democratic Party this new generation of DNC delegates advocates for is a Party of anti-racism dedicated to abolishing racism and anti-Blackness, going beyond mere condemnations or symbolic actions. The Young Delegates Coalition instead demands long-lasting, meaningful changes.

As Martin Luther King Jr. said, “A riot is the language of the unheard.” The destruction of property is not equivalent to the destruction of Black lives. What is it that America, and the Democratic Party, need to hear? We hope to provide answers from a young, multi-racial coalition of DNC Delegates.

The following are changes to the DNC Party Platform and policies that we, the Young Delegates Coalition, recommend to be adopted by the 2020 DNC. In all that we fight for, we must always remember that Black Lives Matter.

The Young Delegates Coalition stands wholeheartedly with the Black community in their struggle against police violence and a white supremacist state. We believe in the necessity for a reimagining of what it means to keep our communities safe and how to achieve these goals.

Whereas police violence has persisted after reform efforts such as body cameras and racial bias training, we believe the end goal of any policy on policing should be a reduction in the size and scope of policing and a reallocation of these funds to community-based social programs. We believe we can create safer communities while reducing the need for the police.

Whereas police violence (including both physical and sexual violence) is perpetrated disproportionately against communities of color and in particular against the Black community, we believe conversations about policing policies must center the voices of leaders, activists, and individuals in these communities.

Whereas the modern-day police arose out of slave patrols and were created as a tool to uphold white supremacy, we believe more than action than incremental reform will create policing that respects and protects communities of color.

Whereas police violence is an ongoing reality every day, we believe we must work to mitigate present harms while maintaining a commitment to police drawdown.

Whereas the Black community must lead on these issues, we have taken cue and inspiration from policies put forth and advocated by leaders in the Black Lives Matter Movement, NAACP, Equal Justice Initiative, and related organizations.

Here are policies we, YDC,  endorse with full support and without reservation.

Drawdown Resources from Police Departments and Reinvest in the Black community
We urge local leaders, mayors, and city council members to rewrite local budgets to significantly reduce (by at least 25%) police department spending and to reallocate this money to Black communities through targeted social programs. We advocate investing in neighborhood improvement nonprofits, funding community-centered restoration of vacant buildings, and implementing Crisis Intervention Teams for mental health emergencies, which have been proven to reduce crime better than aggressive and intrusive policing, which instead is often linked to increased arrests with no concurrent decrease in crime.

Redefine Law Enforcement and Community Care
Cities have defaulted to the police to solve societal problems such as homelessness, mental health crises, domestic violence, etc. We can and should hire professionals who can help individuals in these circumstances. Social workers can assist rather than escalate and potentially harm these individuals through arrest or injury. We need to reverse the trend of “broken window policing”, whereby police reduce their focus on minor crimes such as possession of certain substances or minor violations (this goes hand in hand with a decriminalization of certain substances that have been heavily policed during the War on Drugs and disproportionately affect Black Americans) and only deploy police officers in situations of imminent violence. Instead of funding police who often use force and injure individuals, we should instead fund first responders whose primary duty is to care such as social workers and paramedics.

Redefine Qualified Immunity for Police on a Federal Level
Qualified Immunity is a legal doctrine that protects government officials and employees from being sued if they are acting in an official capacity. The only exception is if there has been an identical previous case where this action has been deemed illegal. This procedure makes it virtually impossible to seek damages and therefore curb unethical and immoral actions by police officers. We need to allow citizens to seek redress for harms.

Remove Police from Schools
Police or School Resource Officers (SROs) as they are commonly called in schools, do not keep schools safer. SROs disproportionately discipline Black students making schools an unsafe environment. Black students deserve a quality education free from policing. Budgets that were previously dedicated towards SROs should be reallocated toward college counselors, guidance counselors, nurses, and other individuals whose primary duty is to care for students. While we acknowledge and understand the concern to prevent potential school shootings, we believe this can be better addressed through gun control legislation and preventative measures to identify those who have the potential to harm others.

Recruit Reform-minded Candidates for Police Chief
The Democratic Party should recruit candidates for police chief who believe in reducing the need for policing. Police chiefs hold immense power over police. Routinely, cops accused of murdering or assaulting individuals during arrests or encounters with civilians are simply placed on desk-duty or administrative leave. Police chiefs hold immense power over the department and can institute changes to hold officers accountable for their actions. If an incident occurs, chiefs can fire or censure individuals who are under investigation and implement measures to ensure these individuals are not rehired after they were fired in another jurisdiction.

Establish a National Police Misconduct Registry
Currently, officers who have been fired due to misconduct can be rehired at another department. To solve this problem, we urge the adoption of Senator Kamala Harris’s bill to create a “federal registry of all federal, state, and local law enforcement officers.” If an officer treats one community poorly, they will continue to do so. We need to give local officials tools to have a community free from violence and only hire upstanding members of law enforcement.

Discontinue the 1033 Program which Militarizes Police Departments
We must immediately mitigate harms being done against the Black community and against protesters who are fighting for civil and human rights of the Black community. Senator Brian Schatz and Senator Rand Paul proposed a bill in the 115th Congress that would halt this program. We urge this bill to be reintroduced or in its stead passage of Senator Schatz’s amendment to the annual defense policy bill to shut down the program.

Remove Police Unions from Labor Politics
Police have historically and presently been used as a tool of corporations to hold down workers and prevent unionization efforts. Police have not and do not stand in solidarity with the efforts of Labor unions to create a fairer more equitable working environment and world. As supporters of Labor unions, we cannot stand with our Black and brown brothers and sisters and with Police unions that fail to hold members accountable. Check the Police, a non-profit, found that union contracts limited accountability efforts in 72 out of 81 of the largest US cities. Inherently, Police unions have a different relationship between their employers than workers in other industries. Police unions often seek to keep police from being held accountable and use their status to create rules and loopholes allowing them to avoid prosecution and indiscriminately harm members of their communities. Therefore, calling for limitation of police unions does not mean a limitation on labor unions.

Designate the KKK and other White Supremacist Groups as Terrorist Organizations
The Ku Klux Klan was created in the aftermath of the Civil War to terrorize Black Americans through lynchings and hate crimes. They still exist today, and have surged again under the incitement of the current administration. They most prominently led to violence at Charlottesville in 2017. This organization and others like it have committed domestic acts of terrorism against American citizens and must be designated as terrorist organizations so that more effort is made to shut them down and prosecute members. Designating this organization as a terrorist group would lead to swifter and harsher punishments for members that terrorize Black Americans, and may not be targeted by police departments in some states. We call on the next Democratic administration to designate the KKK as a terrorist organization, along with other white nationalist organizations such as the Atomwaffen Division and Volksfront.

Establish a Truth and Reconciliation Commission on Police Brutality
Similar to the actions taken following the Greensboro, North Carolina Massacre in 1979, we urge the Democratic Party to advocate for a Commission to investigate and release a report that declassifies confidential information on police brutality and misconduct stretching back as far as possible and allows family members to know what truly happened to their loved ones (an example of this would be the death of Sandra Bland, which still remains surrounded with uncertainty to this day). This would be based on the Truth and Reconciliation Commission established by the post-Apartheid government in South Africa to address instances of police brutality against anti-Apartheid activists which remained unsolved until the end of Apartheid.

Whereas solving police violence and eliminating white supremacy is not a simple task, we, the Young Delegates Coalition, commit to learning from, speaking out, elevating, and fighting for the Black community until a truly equal world is achieved.