Legacy Expeditions, a veteran-owned extreme expedition company, celebrated the successful completion of its record-breaking Triple 7 Expedition upon landing its seventh skydive in Perth, Australia, finishing all seven jumps in only 6 days, 6 hours, and 6 minutes. Triple 7 Expedition wanted to help children of America’s fallen heroes get an education.

The team of nine former special operators broke two sets of records, each a day apart. They broke the six-continent team and tandem records on January 14th, in Abu Dhabi, in four days and ten hours: a record set in 2008 with a time of eight days and seven hours. Then, on January 15th, the team broke the seven-continent team and tandem records set in 2019 with a time of six months and four days. 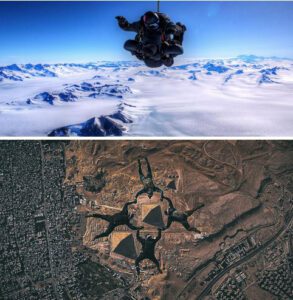 The Triple 7 Expedition kicked off at Union Glacier Camp, Antarctica on January 9th. From there it was off to Santiago, Chile; Miami, Florida; Barcelona, Spain; Cairo, Egypt (over the pyramids); Abu Dhabi, United Arab Emirates; and Perth, Australia. A final celebratory jump was scheduled to officially end the expedition in Tampa, Florida, home of the United States Special Operations Command (USSOCOM). Complete Parachute Solutions provided exceptional expertise from the first jump to the last.

A feature documentary of the epic, record-setting expedition is in production. The documentary crew was led by Dan Myrick, the writer and director of The Blair Witch Project, and cinematographer Kevin Burke.

Legacy Expeditions is an adventure capital firm founded to bring adrenaline-filled expeditions to life while honoring the memories and legacies of America’s fallen and Allied Troops lost during the Global War on Terrorism.

Folds of Honor is a 501(c) (3) nonprofit organization that provides educational scholarships to the spouses and children of military members who have fallen or been disabled while serving in the United States Armed Forces.