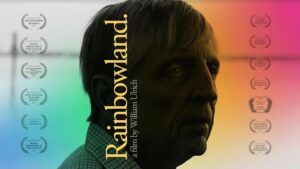 In May of this year, The Rainbow Movement Foundation, a nonprofit based in Cape Coral, Florida, launched “Rainbowland,” a documentary film by William Ulrich that gave him the opportunity to tell the story of his life-changing rainbow experiences.


As an open letter to his granddaughter, the film, which has been selected by numerous film festivals throughout the world and was just awarded “Best Film” in the Siren of the Sea Film Festival Series & Screenwriting Competition, is the true story of the founding of the Rainbow Movement as told by its founder William Ulrich. Ulrich says he was inspired by a series of rainbows he considers miracles to change his life. He also says he believes there is more to the meaning of rainbows than a basic scientific explanation can provide. To him, these experiences appeared to be sending a message, and his journey since his rainbow experiences is awe inspiring. In late 2020, he developed the Foundation’s environmental initiative, GlobalConscience.World, to build a worldwide movement of people working together to advance awareness and understanding of the climate crisis. To date, GlobalConscience has more than 150 volunteer ambassadors in 52 countries, as well as partner organizations from around the world, all working toward the common goal of creating a healthier and more prosperous environment for future generations.

“The rainbow experiences gave me the ability to do things I never thought I could do,” Ulrich says. “They inspired me to go beyond myself, to look at the goodness of the world, and to do what I can to help humanity. I am thrilled by the overwhelmingly positive response from the film festivals that have selected the film, especially those that awarded us prizes, and I consider the film’s success another miracle.”

The film can be viewed free at www.rainbowlandfilm.com.

Governor DeSantis Protects Floridians from Protests Outside Their Homes