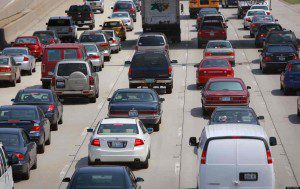 There is no greater fulfillment of the American Dream than traveling, and more accurately, road trips. This Memorial Day Weekend, AAA Travel projects that approximately 1.8 million Florida citizens are expected to travel for vacation. A total of 34.8 million Americans all over the country are expected to travel 50+ miles from home, AAA Travel reports.

“Although AAA expects to see more people traveling this summer as a whole, it looks like the summer travel season will begin with a relatively stable start,” said Jessica Brady, spokeswoman, AAA Travel, The Auto Club Group. “However, more Americans traveled during last year’s holiday weekend than initially projected, so we could again be surprised by an increase in people planning to take a trip this Memorial Day.”

For the large number of people traveling via automobile – 89% overall – one may be concerned about gas prices. Fortunately, the survey of people traveling this way found that gasoline prices would have no impact on plans for 62 percent of travelers. Of the remaining 38 percent of travelers who said gas prices would impact their travel plans, 27 percent plan to economize in other areas.  Eight percent are planning to take a shorter trip and three percent will travel by an alternate mode of transportation, the survey reports.

“Gas prices are not expected to have much of an affect on holiday travel and will likely remain a few cents shy of last year’s holiday average of $3.66 a gallon,” said Brady. “Despite the flat travel numbers, travel volumes are expected to remain above the historical average of 34.7 million travelers with the majority of people planning to spend around $660 on their trip.”

But for all the statistics on how people are traveling, what will they be doing when they get there? The AAA survey reports that 59% of travelers want to visit friends and family and 55% plan to partake in some kind of dining, intending not to starve themselves as such. Shopping hits just below the halfway mark at 44% and going to the beach ends up at 32%. Touring and sightseeing only got 27%.

Will you be among the 1.8 million Florida citizens traveling this Memorial Day Weekend?