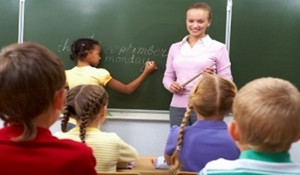 Seven teachers and their local unions filed suit Tuesday to block the state’s landmark performance pay law, continuing a three-year-long battle over how educators should be compensated.

The federal lawsuit, which is also backed by the National Education Association and the Florida Education Association, says that some teachers’ rights are being violated because they are being assessed based on students that sometimes aren’t even in their classroom — a byproduct, critics say, of the law’s requirement that test scores account for a part of educators’ pay even if there are no state exams in that grade or subject area.

The union has been fighting the performance-pay law since the first version was introduced in 2010. In addition to tying teacher’s compensation more closely to student achievement, the measure did away with employment protections commonly referred to as tenure.

The union convinced then-Gov. Charlie Crist to veto the bill after the 2010 legislative session.

Since Republicans pushed it through the Legislature again the following year and Gov. Rick Scott signed it, the FEA has also tried to overturn the law in state court by arguing that it violates teachers’ collective-bargaining rights.

Those involved in the lawsuit said they were as interested in getting lawmakers to rethink the law as they are in persuading the courts to strike it down.

“We’re hopeful that this lawsuit will be a catalyst for legislative action,” said Ron Meyer, a lawyer for the FEA.

Both the House and the Senate have worked on legislation this year that would require educators be judged only on the achievement of students they teach, though some critics said they’re skeptical that the new legislation goes far enough. The House Bill (HB 7141) is ready for the floor, while the Senate version (SB 980) has two committee stops left.

In a statement responding to the lawsuit, Education Commissioner Tony Bennett referenced those bills.

“There is currently another piece of legislation (HB 7141/SB 980) under consideration in the Legislature that would make improvements to the Student Success Act, including ensuring that teachers are evaluated only on the students and subjects they teach,” Bennett said. “The legislation would also provide that teachers could not be eligible for a performance pay system until an appropriate assessment for their students and subjects is in place.”