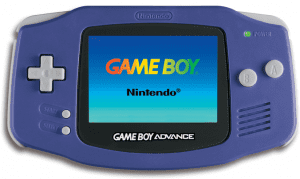 Back to school items wouldn’t include a Game Boy, digital media receivers or even cell phones, a Senate committee decided Wednesday in setting out what should be included in a back-to-school tax break.

The Senate Finance and Tax Subcommittee added an amendment to the bill (SB 916) creating the tax holiday, outlining which electronics and accessories worth up to $750 will and won’t be covered during the proposed Aug. 2 through Aug. 4 break from the collection of select sales taxes.

Laptops, desktop computers, tablets, book readers, modems, routers, mice and keyboards would be exempt from the sale tax for the three days.

Retailers would still be required to collect the state sales tax on video games, software for recreational uses, cellular phones, and furniture for electronics.

The proposed holiday period also provides sales tax breaks on clothes, wallets and bags, handbags and backpacks, shoes and some other items up to $75, and school supplies up to $15.

“This is great, I really like the amendment that includes all of the computer related accessories and excludes Game Boys and everything,” said Sen. Maria Sachs, D-Delray Beach. “This is going to get all of us up to speed for the kids to be using for school.”

The House has already backed the partial break from sales taxes, while the Senate measure must still go through Appropriations before reaching the Senate floor.

State economists have estimated the impact of the proposed three-day holiday at $28.3 million to the state and $6.4 million to local governments – though some economic studies have shown that people are induced to buy more uncovered items during the sales tax holiday, meaning tax collections could increase.

The subcommittee on Wednesday also approved an amendment that would allocate the $235,695 estimated by the Department of Revenue needed to implement the law.