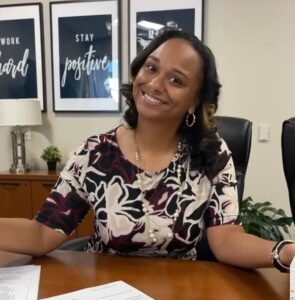 “I was the first candidate in all three races to collect all petitions needed to have my name placed on the ballot for the upcoming election on Tuesday, November 2, 2021, saving the $1,318.20 qualifying fee,” candidate Shan Rose told West Orlando News about her bid for City Commissioner.


The local municipal election will likely see very low turnout like previous Orlando elections. Commissioner Hill also qualified for the ballot and has raised over $71,000 for her re-election, with more than $44,000 on hand. Rose has raised more than $12,000 and spent about $5,000 so far.

“This is a tremendous achievement, and I would like to thank everyone who signed a petition to help me qualify,” Rose said. “Orlando is a great city, and I am honored with the awesome responsibility to work for your vote, to be the next Orlando District 5 Commissioner. Vote for Shan Rose on November 2, 2021.”

The Rose campaign is expanding their efforts and seeking volunteers for a grassroots effort to increase local voter turnout.

“A Time for Change Now is more than a slogan for a campaign, but it is the defining character mission statement for Orlando District 5,” Rose previously told WON. “The change is for increased safety, more education, crime prevention, environmental safety, and the overall advancement of the people and businesses within this city.”