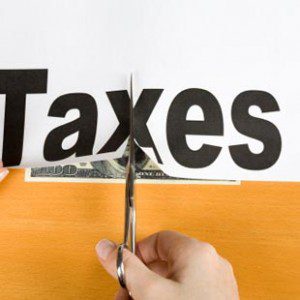 Senate President Mike Haridopolos, R-Merritt Island, said lawmakers know they must scramble to balance what is shaping up as a roughly $66 billion state budget, heavily freighted with must-do spending on Medicaid and public schools.

“If we see some opportunities for tax relief that we feel absolutely confident will create more jobs and actually grow the economy, we’re open to them,” Haridopolos said. “At this point, we are struggling so much with a $3.5 billion shortfall that tax cuts are not part of our equation at this point.”

“We have some significant work ahead of us,” he said. “Our first priority will be to make a budget work. We have 300,000 homes in Florida that the power is turned off on, we have 23 percent of all residential mortgages are not current. These are very challenging times for the people of Florida….we’ve got to live on what we have.”

A week into his new administration, Scott accepted the chilli news Wednesday from the Senate, saying that his budget proposal next month will provide a path to balancing the budget – and handing out tax breaks.

Scott campaigned on cutting the state’s property taxes collected to finance public schools by $1.4 billion, while phasing out the corporate income tax over seven years – with a first-year reduction of $835 million.

“We’re going to deal with the deficit,” Scott told reporters during a visit to the state’s emergency operations center. “But…the way to get the state back to work is to cut property taxes and phase-out the corporate income tax, and we’re going to get that done.”

While stiff-arming the new governor’s tax-cutting plans, both Haridopolos and Alexander praised Scott’s focus on job-creation and pledged to do all they could to back him. Both also said they would welcome cutting taxes if they could come to grips with the cost-side of the state’s ledger – Medicaid being the most demanding.

Medicaid expenses – on track to absorb close to one-third of the state budget – will climb $2 billion over this year’s level as more Floridians lose jobs and health benefits in the faltering economy. Declining property values also have prompted a $150 million drop in anticipated school tax collections even as forecasters last month projected that enrollment is on track to hit a six-year high in 2011-12.

The drive for tax cuts could add muscle to the push for overhauling Medicaid by putting most Florida beneficiaries into what are seen as cost-saving managed care programs. As a candidate, Scott promised to save $1.8 billion through health care reform, sweat $500 million from state government through “operational efficiencies” and trim another $1.3 billion from state pension costs.

Although Scott has not proposed it, the state’s Office of Program Policy Analysis and Government Accountability (OPPAGA) has said that by imposing a 5 percent employee paycheck contribution on public employees in the Florida Retirement System, $1.3 billion could be steered into state coffers.

Unions representing state, county and city employees are poised to fight such efforts – pointing out that state workers have not received an across-the-board pay increase since October 2006.

The Senate’s budget committee Wednesday also was briefed on potential $230 million in cost-savings in the state’s prescription drug program. Jeffrey Lewis, president of the company PS-2, who doubles as chief of the Heinz Foundation, urged the state to create a single agency for procurement and contracting, saying it could open the door to wider-ranging savings.

Prescription drug purchases by state agencies – including the Department of Corrections and Department of Health – fail to maximize the negotiating power of the state, Lewis said. Under a DOH contract in place since Gov. Jeb Bush was Florida’s chief executive in 2003, the state requires agencies to pay pharmacies $4.28 for each prescription filled at a retail pharmacy, when the market rate is $1.25, the analysis found.

Mail-order prescriptions cost the state $4.22 each for dispensing fees – even though the industry standard is for there to be no such fee, said Lewis, whose company was paid $195,000 by Haridopolos’ office to analyze the state’s prescription purchasing system.