With Gov. Rick Scott freezing agency regulations and ordering checks on the immigration status of state workers, the wide-ranging effect of his opening-day political statements was still being gauged Wednesday. 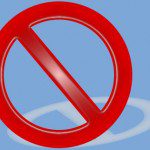 Some lawmakers and lobbyists praised Scott’s action – enshrined in four executive orders the new governor signed an hour after his swearing-in. Others dismissed his first moves as merely bolstering current policies – noting most government workers already are U.S. citizens and that lawmakers in November gave themselves more authority over agency rulemaking.

But some also raised alarms – saying Scott’s orders bring further uncertainty to a state government where a host of consumer safety and health standards are routinely met through rules and regulations.

“I don’t want to use the word disappointed, but I wish Gov. Scott had consulted the Department of Health before he signed the executive order, understanding the effect it may have on the Legislature’s attempts to crack down on pill mills,” said Sen. Mike Fasano, R-New Port Richey.

New regulations on pain clinics have been in limbo since the Legislature this fall overrode former Gov. Charlie Crist’s veto and required lawmakers to review rules that carry a high price-tag for businesses. Law enforcement officials say clinics frequently dispense prescription drugs with little oversight to addicted patients, and have lobbied for stricter standards.

“We’re going to fully freeze rulemaking in this state, we’re going to evaluate the necessity of all rules and regulations,” Scott said in signing the orders Tuesday in his office.

“The goal of this is to be fiscally responsible,” Scott added. “It’s no different than what we’d do in a company. No agency under the governor can adopt new rules without approval from the office.”

But Eric Draper, lobbyist for Audubon of Florida, said Scott’s action consolidates enormous power in his office even as the new governor is struggling to hire staff. Also, Scott has set no standards for what rules he might allow to become law on a case-by-case basis.

“He’s not looking at what rules might be worthwhile or effective,” Draper said. “To stop rules arbitrarily, like he’s done, doesn’t make sense.”

Scott’s order suspends rulemaking for agencies he controls, which include the departments of environmental protection, health, children and families and a host of others which regularly enact standards. While the Legislature’s Joint Administrative Procedures Committee already has power to blunt rules that don’t meet an agency’s legal authority, Scott’s order gives the new governor tremendous power over the substance of regulation, Draper said.

By stepping into the arcane, but politically-charged world of rulemaking, Scott also is taking on industries – some that may have supported him in the governor’s race. Businesses, corporations and to a lesser extent, trade associations, commonly seek state regulations that can empower their industry or clients.

Doug Martin, lobbyist for the American Federation of State, County and Municipal Employees (AFSCME), which represents state workers, said the organization has no problem with Scott subjecting employees to the Department of Homeland Security’s E-verify system, a web database, to determine immigration status. The requirement was already set in motion last year for new hires by Crist and the Florida Cabinet.

“But E-verify has been found to have a lot of errors, false positives,” Martin said. “If that happens, we will certainly fight for state workers.”

“Jobs are our number one priority and we must ensure the protection of jobs for Floridians who are legally eligible to work in our state,” Snyder said.

Scott’s orders also reaffirm a state prohibition on racial, gender and other discrimination. They also extend the Crist-created “Office of Open Government,” even as Scott is catching heat for a tightly scripted inauguration in which he interacted little with the public or media.