The first of three immigration meetings set for Monday will be the Senate’s first look at a debate over a comprehensive Arizona-style measure, a topic that Gov. Rick Scott made one of the biggest social issues of his campaign for governor. 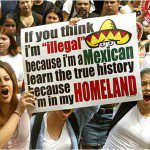 “I don’t like the idea that we have a prescription already in place,” Senate President Mike Haridopolos said. “What we’re going to do is listen to people for six hours, remove all the political hyperbole, then we’ll make an immigration change if necessary.”

Haridopolos announced the meeting earlier this week and said it was to be purely informational. The Senate has invited several experts and advocates to offer their views at the meeting, which will be chaired by freshman Sen. Anitere Flores, R-Miami. He said he is considering the idea of holding several more meetings around the state because the issue is so controversial.

“Again there’s so much rhetoric on both sides, that we can’t afford to play those political games,” Haridopolos said. “I refuse to.”

Snyder has also met with Bondi and said she would play a role in drafting language on the bill and plans to meet with representatives of the police chiefs’ and the sheriff’s association. He also has a town hall meeting slated for Friday in Martin County.

Through a spokeswoman, Bondi reiterated her support for the Legislature’s intent to pass an immigration package and said she intends to work with Snyder and members of the Senate on draft legislation. Bondi’s staff will also be tracking the Senate’s meetings.

”I intend to work with the Legislature to ensure that any immigration bill protects the public, upholds the rule of law, and guards against racial profiling,” Bondi said via e-mail.

Meanwhile, Sen. Mike Bennett, R-Bradenton, has filed a bill that allows law enforcement officers during a lawful detention or arrest to ask for the detainee’s immigration documents if the officer suspects they may be in the country illegally. The bill, however, prohibits law enforcement from using race as a reason for checking the person’s documentation. The bill also penalizes legal aliens who refuse to carry their documentation, with a possible fine of up to $100 and a 20-day jail sentence.

Democrats and several Republican Hispanic members of the Legislature have reserved comment on the issue until a final version of legislation is produced. Snyder has also said he will not make any move on his immigration package without first consulting Hispanic caucus chair Esteban Bovo, R-Miami.

“I think everybody has an open mind on this issue,” Haridopolos said. “We just want to see the law enforced.”

Scott has already signed an executive order requiring state agencies to use the E-Verify system to check workers’ immigration status.

Haridopolos said the Senate would be taking direction from “what we’re hearing from the people of Florida.” Snyder said he has not yet been able to meet with Scott, but said he hopes to meet with him to once the new governor is more settled in his office. He said he was pleased with the governor’s decision to mandate E-Verify.

“Looks like the governor and I are on the same path,” Snyder said.

By Kathleen Haughney
The News Service of Florida