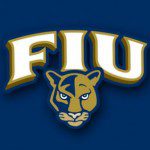 Republican Marco Rubio is running for the U.S. Senate, but just as his campaign against Gov. Charlie Crist for the Republican U.S. Senate nomination is picking up steam, many are looking at his cozy relationship with Florida International University  (FIU) where he took a part-time job, which was never publicly advertised, following his departure from the Florida Legislature.

Miami Herald: As term limits forced Rubio to exit the Legislature and contemplate his next political move, FIU offered him a $69,000, part-time job that was never publicly advertised. Critics questioned Rubio’s soft landing as FIU trustees grappled with a $32 million budget shortfall that led to tuition hikes and the loss of 23 degree programs and 200 jobs.

“I had reservations about his hiring then, and I stand by what I said,” said Bruce Hauptli, an FIU philosophy professor who served as faculty senate president in 2008. “It doesn’t make sense in a budget crisis.”