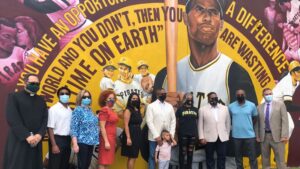 Roberto Clemente Jr. rounded the corner outside Roberto Clemente Middle School and spotted the mural of his father painted on an exterior wall. “Wow,” he said, stopping to take it in. His three-year-old son, Roberto Clemente III, looked up at the giant painting and said: “It’s grandpa!”


Although it has been nearly 50 years since the humanitarian and baseball great Roberto Clemente died while delivering aid to hurricane-stricken Nicaragua, his life and legacy still resonate. The school, originally built in 1965, was renamed Roberto Clemente in 2020, replacing the name Stonewall Jackson, a Confederate general. Clemente Middle is the first OCPS school named after a Latino.

Roberto Clemente’s two eldest sons, Roberto Jr. and Luis, made a trip Friday to the Orlando school to see the mural, which was recently completed by local artist Neysa Millan.

The brothers said that they are thrilled that their father’s principles of hard work, inclusion, helping others and standing up to bullies are reaching another generation. During their visit to Clemente Middle on April 16th, they met with a group of community leaders who shepherded the renaming effort, as well as Principal Betzabeth Reussow and School Board Member Johanna Lopez. 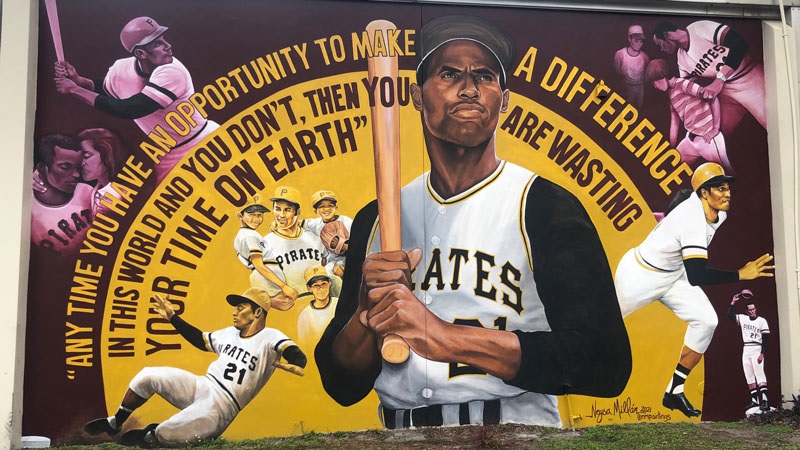