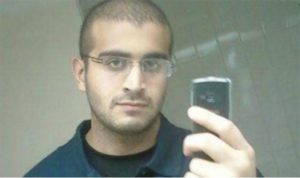 According to multiple reports, the Orlando terrorist shooter who attacked the LGBT nightclub Pulse, resulting in the worst mass shooting in U.S. history, was gay.

A former classmate of Orlando shooter Omar Mateen’s 2006 police academy class said he believed Mateen was gay, saying Mateen once asked him out. WFTV reported the classmate said that he, Mateen and other classmates would hang out, sometimes going to gay nightclubs, after classes at the Indian River Community College police academy. He said Mateen asked him out romantically.

At least four regular customers of the nightclub Pulse also said they believed they had seen Mateen there before. One said Mateen had frequented the gay club for three years. Others reported seeing Mateen being escorted drunk from the club, on multiple occasions.

Mateen’s father emphatically told The Post Monday that his son was not gay. “If he was gay, why would he do something like this?” Seddique Mateen asked.