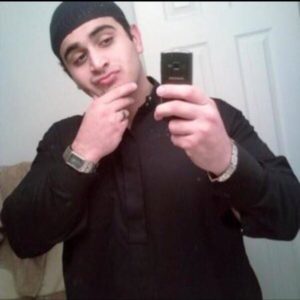 Omar Mir Seddique Mateen has been named as the gunman who killed at least 50 people and wounded 53 others at the Pulse nightclub in Orlando. The massacre is now the worst mass shooting in U.S. history.

Mateen was later killed by police after taking hostages at the LGBT club. The terrorism spree lasted for hours before police finally stormed the club and lethally confronted Mateen.

Mateen, 29, is a U.S. citizen from Port St. Lucie, Florida, according to CBS News. The Orlando gunman called 911 before attack and pledged allegiance to ISIS and its leader. ISIS now is claiming responsibility for the attack as well.

According to reports, the FBI interviewed Mateen three times on suspected terrorism links.

There are reports the Orlando shooter’s father said his son may have been angered by “seeing two men kiss.” Other former coworkers of Mateen described him as “unstable” and “unhinged.” The ex-wife of the Orlando attacker claims “he beat me.”

Here’s more of what you need to know: