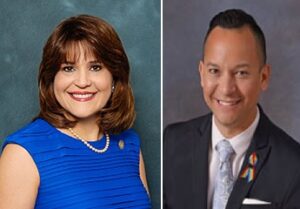 
“Especially after facing the effects of the Covid-19 pandemic, protection of workers’ rights are crucial,” Senator Annette Taddeo said. “SB 446 would restore municipal governments’ ability to set worker wages, benefits, and local earned sick time rules that make sense for their communities. During these trying times, our workforce has made incredible sacrifices, repealing this law is the right thing to do.”

“State preemption statutes, such as those restricting local earned sick time and minimum wage ordinances, have only exacerbated the health, economic, and racial disparities fully exposed by the COVID-19 pandemic,” Orlando State Representative Carlos Guillermo Smith said. “States should set the floor – on legislating minimum health, safety, and workplace standards – not the cap, so that local governments can build upon state law and tailor ordinances to best meet the unique needs of their communities. HB 6047 puts power back in the hands of municipal governments closest to the people and restores local control when it comes to protecting our workers.”

SB 446 and HB 6047 would repeal Florida Statute 218.077, language signed into law in 2013 by Governor Rick Scott. The legislation was backed by powerful corporate interests in direct response to a citizen-led initiative in Orange County to place earned sick time on the ballot. The law invalidated the forthcoming 2014 referendum, and the voices of the over 50,000 voters in Orange County who signed a petition for the opportunity to vote on the issue. Though the election results were preempted by this law, local voters overwhelmingly approved of the earned sick time measure in 2014 (results here). This statute severely limits local governments’ authority to protect workers by restricting them from setting wages, and requiring certain benefits and sick time that would benefit them most.

Coronavirus has exacerbated many harsh and long-standing inequities in work, wealth, and health. Working class people are disportionately impacted by the pandemic with jobs that must be done on-site in close proximity with others. According to the Centers for Disease Control and Prevention, COVID-19 has unequally affected many racial and ethnic minority groups, putting them more at risk of getting sick and dying from COVID-19. These frontline heroes put their health and safety at risk to protect ours. Yet despite their incredible sacrifices, many of these workers earn minimum wage, without access to earned sick time, hazard pay, or death benefits.

“Our local governments have been stripped of their power to legislate –all to protect the profits of corporate interests that make money off the backs of Floridians and wreak havoc on our environment,” said Giulianna DiLauro, Florida Director of Poder Latinx. “We deserve paid time off, we deserve a clean and healthy earth, and we deserve a Florida state legislature that will protect its people, not one that stifles the voices of its rightfully elected local leaders.”