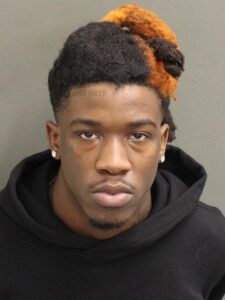 Earlier this month, a nine month operation in Orange County led by the Metropolitan Bureau of Investigation resulted in drug trafficking and racketeering charges to bust up Orlando gangs and now local rapper Javarri Latre Walker, known as “HotBoii,” has been booked for racketeering charges. The charges are part of Operation X-Force, that multi-agency investigation into Orlando gang activity that led to nearly three dozen being arrested or wanted for the serious charges. At the time, Walker had not arrested but was wanted.

Law enforcement officials describe Walker, who is only 21 years old, as a leader of the 438 gang said to be based in the Silver Star Road area. Authorities said a feud between two rival Orlando gangs, one called Army, the other being 438 reportedly led by the rapper, has been linked to robberies, shootings and homicides in the greater Orlando area. 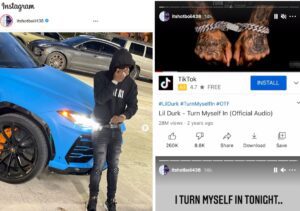 Hotboii had apparently been sharing pictures on social media, leading some fans to believe he was on the run. He apparently also shared a video of himself listening to Lil Durk’s song “Turn Myself In” and adding another post saying, “I turn myself in tonight..” The 21-year-old then reportedly turned himself in on R.I.C.O. charges. He is even receiving messages of “Free HotBoii” on his social media.

Another local rapper, Jacquavius Dennard Smith, who goes by the stage name 9lokkNine, reached a plea agreement on weapons charges and faces up to 32 years in prison. Smith is said to be part of a rival Orlando gang as Walker.

The rappers were two of almost three dozen gang members charged with racketeering in Florida this month and the arrests will likely continue. Additional details about the local R.I.C.O. case remain under court seal currently.