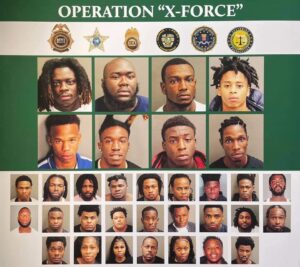 These are the nearly three dozen suspects arrested or wanted on racketeering or drug trafficking charges after a nine-month investigation into criminal gangs in Orange County by the Metropolitan Bureau of Investigation (MBI). Sheriff John Mina was joined by MBI Director Ron Stucker, Orlando police Deputy Chief Jose Velez and representatives from the FBI, U.S. Drug Enforcement Administration and the Bureau of Alcohol, Tobacco, Firearms and Explosives.


Local Orlando rappers 9lokkNine and HotBoii are among 34 individuals the Orange County Sheriff’s Office has been targeting for nearly a year in efforts to disrupt the ongoing street feud between deadly rivals Army Gang and 438 Gang. Officials say “Operation X-Force” was fueled by the murder of innocent bystander 16-year-old Tavyiah King, who was the niece of Orlando City Commissioner Regina Hill.

The OCSO shared also just a few of the recent victims of gang-related violence in Orange County, including Tavyiah King, Daquane James Felix Jr., Denis Joshua Atkinson, and Dexter Rentz, which are featured below. If you have any information on any of these cases, you are urged to call Crimeline at 1-800-423-TIPS. 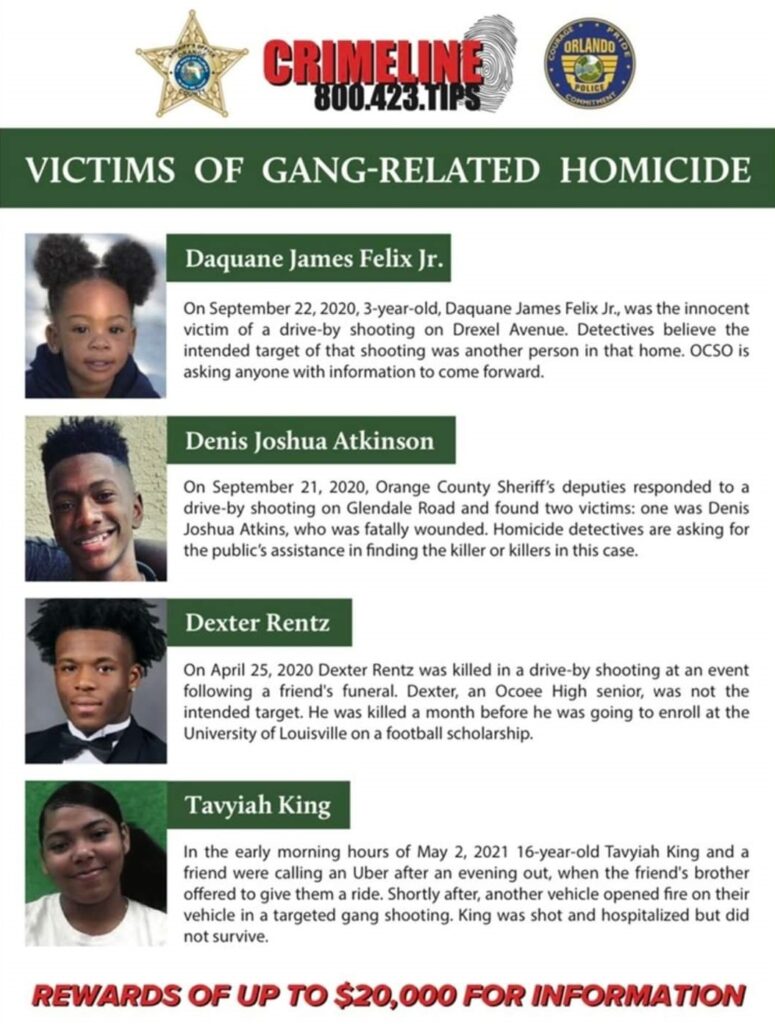 Attorney General Ashley Moody released a statement about these arrests. It reads:

“This coordinated, multiagency takedown of some of the most violent gang members in Central Florida was the result of months of hard work, skillful law enforcement investigative efforts and legal assistance by my Statewide Prosecutors. We will not let violent criminals involved in a gang war run roughshod through our communities — threatening the lives and safety of our citizens. As Attorney General, I will continue to stand with our brave law enforcement officers as they fight to keep Floridians safe. With these criminals now in custody, my Statewide Prosecutors will use every tool at their disposal to ensure justice is served.”