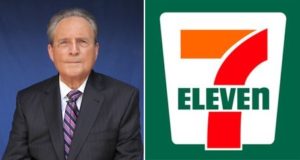 Attorney N. James Turner is suing a 7-11 franchise owner in an effort to recover overtime wages for his client. Turner provides professional services for wage and hour disputes, overtime and minimum wage matters, and other legal services for residents in Orlando, Kissimmee, and throughout the Central Florida area.

“We are requesting a trial by jury to recover overtime compensation,” said attorney for the plaintiff Turner.

Attorney N. James Turner recently filed a lawsuit (Case No. 6:16-cv-1368) filed in the United States District Court, Middle District of Florida against a group of 7-11 franchises on behalf of his client to recover overtime pay. According to court documents, the plaintiff worked at four different 7-11 locations and put in more than sixty hours per week. However, court documents further state, when the defendants paid her, they allegedly counted her work hours on a per-store basis, meaning that even though she worked over 60 hours, she did not work over 40 hours in one store, so did not receive time-and-a-half pay.

According to court documents, the plaintiff, during the entire term of her employment, regularly worked 60 hours per week at numerous 7-11 convenience stores owned and operated by the defendants. Court documents further state that for purposes of computing the plaintiff’s total hours worked each week, the defendants treated its 7-11 convenience stores as separate employers even though the plaintiff’s hours exceeded 40 hours in a workweek while working at multiple stores.

Court documents further state that the defendants paying their convenience store clerks from the individual stores regardless of the total amount of hours they worked at all four stores was designed to, and has the effect of, denying its clerks the overtime wages required by the Fair Labor Standards Act (FLSA). Furthermore, according to court documents, the defendants’ policy of paying their employees from its individual stores is both unlawful and company-wide, and the defendants willfully, knowingly and/or recklessly violated the provisions of the FLSA.