In most races, the voting guide does not tell voters which candidate to support, instead listing all candidates who are Democrats.For instance, in the Governor’s race, the Orange County Democratic voting guide lists both Charlie Crist and Nikki Fried, while indicating to vote for one. In the Senate race, only Orlando Representative Val Demings is listed.

Here’s the voting guide being pushed by local Orlando Democrats: 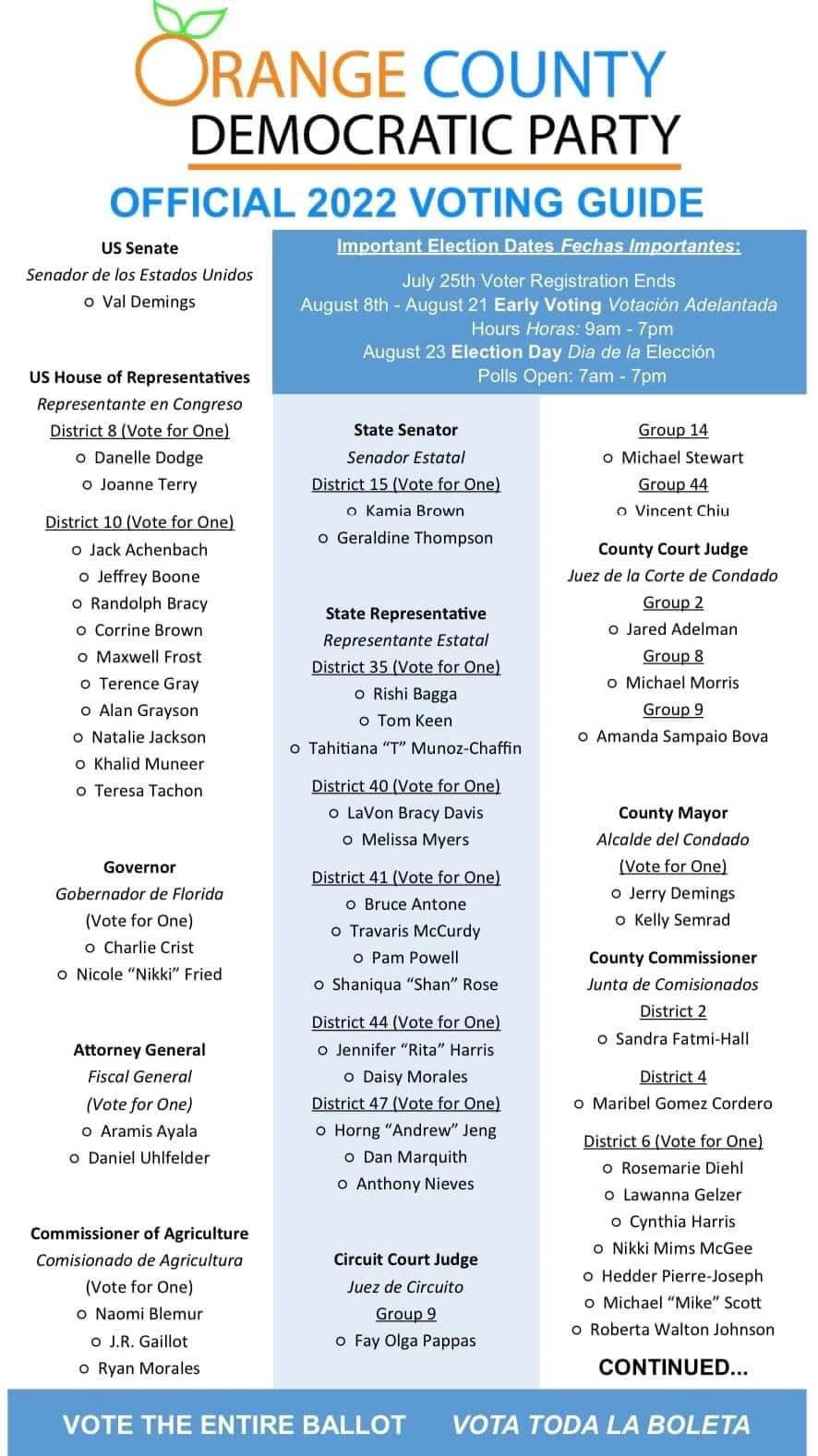 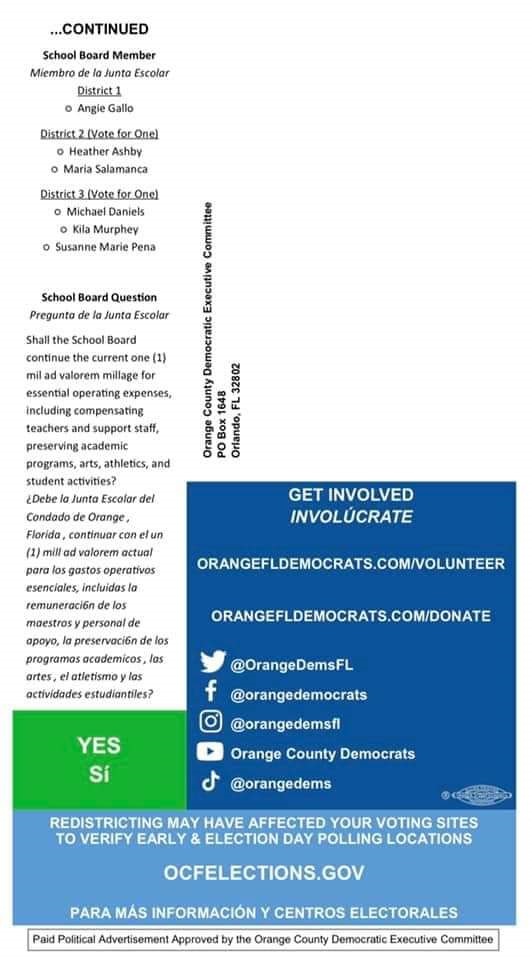