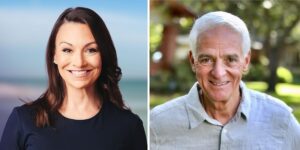 The Democratic Black Caucus of Florida broke with the majority of the party establishment when they endorsed Nikki Fried over Charlie Crist. As the Democratic primary heats up between Agriculture Commissioner Fried and U.S. Representative Crist, that political support could be what Fried needs ahead of the election.


The Black Caucus is an official affiliate of the Florida Democratic Party. It’s goal is to engage millions of Black Democratic voters in Florida, which could decide the primary for Democrats.

“This endorsement means everything to me, my team, and our supporters fighting to beat Ron DeSantis,” said Fried. “Let me be very clear — Black voters are the backbone of our Party and too many candidates think they can phone it in and call it a day. But that’s not how this works. From day one of my administration, I have broadened the power and influence of Black farmers, business owners, and advocates. And that’s exactly what I’m going to do as the next Governor of Florida.”

Crist has been bragging that his campaign has received endorsements from hundreds of Democratic community leaders and elected officials, from educators and union workers, and from environmental groups. His campaign says that support, plus his fundraising, makes him the frontrunner. But could there be trouble for Crist, who Fried is also attacking for being a former Republican Governor?

At the Democratic Black Caucus conference earlier this election cycle, Crist did not show up when Fried first celebrated the endorsement. Fried has continued to attack Crist’s previous positions and actions as she campaigns to win the Democratic nomination, and she also attacked his absence at the event.

“Let me be very clear — Black voters are the backbone of our Party, and too many candidates think they can phone it in and call it a day,” Fried said. “But that’s not how this works.”