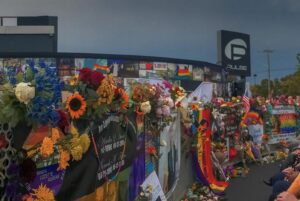 onePULSE Foundation, the nonprofit established following the June 12, 2016 terrorist attack in Orlando to honor and preserve the legacy of those killed and to create a sanctuary of hope, recently announced its third class of 49 Legacy Scholarship recipients who were awarded $328,000 in scholarships to be used during the 2022-2023 academic year. Since 2020, a total of $897,300 has been awarded through three classes of recipients.


Working with the families and loved ones of those killed, onePULSE Foundation established the scholarships based on the respective victims’ interests, careers or aspirations. As an extension of their impact on our world, the scholarships will inspire and empower students who share similar dreams, ambitions and goals.

The third class of 49 Legacy Scholarship recipients and their Angel designation include:


“As a Latina queer trans person, I am humbly honored to carry the legacy of the 49 Angels as a recipient of the onePULSE Foundation Legacy Scholarship Award,” said Nicky Macias. “This scholarship will support me with completing my Masters in Linguistics at Gallaudet University, the premier university for ASL and English bilingual education in Washington, D.C. I am overwhelmed with emotion and deeply fortunate to join the onePULSE scholar community. This honor goes beyond making higher education accessible for me; it fuels me to work to my fullest potential in representation of our community: past, present and future. I am deeply impassioned to continue my life’s work, every day, in tribute to these victims.”

“I am beyond grateful to be selected as a recipient for a onePULSE Foundation 49 Legacy Scholarship,” said Jaime G. Guzman, who plans to study architecture. “Coming from an unstable home, as well as facing numerous challenges in my life, I am here to tell everyone that the impossible is very much possible. When things get difficult, remember that nothing good comes easy.”

A scholarship committee comprised of 14 community members scored three phases of the review process using a rubric scoring tool and made final recipient selections. Applicants meeting the minimum scores at each phase were forwarded to the next phase and their names were not known to the committee until the final interview stage.

More than 200 completed applications were received, and the third class represented incoming freshman majoring in business, communications, and the performing arts, as well as cosmetology, nursing, medical and master’s students. The 49 recipients come from all over the United States and have a common thread of community service, leadership and advocacy.

The onePULSE Foundation will award 49 scholarships annually, each up to $10,000 for use at an accredited institution of higher learning, including career and technical schools.

The scholarship program is one of four pillars of the Foundation’s mission to create and support a memorial that opens hearts, a museum that opens minds, education programs that open eyes and legacy scholarships that open doors.