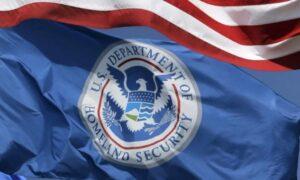 In total, $61.6 million in new Homeland Security grant funding for Florida has been announced. Funding will help to secure Florida’s ports, airports, transit, borders, communities, and community centers, places of worship, and other nonprofits that have faced violent threats.

As Chair of the House Homeland Security Subcommittee on Emergency Preparedness, Response, and Recovery, Orlando Representative Val Demings oversees FEMA, which administers the grant programs, including the security funding for Florida.

“Throughout my time in Congress, I have consistently advocated for increased funding for this critical program,” Rep. Demings said. “With ongoing threats and violence against faith-based communities, we must continue to invest in their security.”

Rep. Demings is leading new legislation to support the Nonprofit Security Grant Program and its parent grant program, the Urban Area Security Initiative. Her legislation previously passed the House of Representatives in a bipartisan vote and has passed committee in the Senate. In February, she chaired a Homeland Security joint subcommittee hearing on the program following the antisemitic terrorist attack on Congregation Beth Israel in Colleyville, Texas.

“This important program assists high-threat, high-density urban areas in efforts to build and sustain the capabilities necessary to prevent, protect against, mitigate, respond to, and recover from acts of terrorism,” said Patrick Yoes, National President of the Fraternal Order of Police. “By directing DHS to submit a plan on how to make Federal assistance available to former UASI jurisdictions, which your legislation does, will undoubtedly save lives and prevent future acts of terrorism. On behalf of the more than 364,000 members of the Fraternal Order of Police, I am proud to offer our support for this legislation.”

“Major County Sheriffs of America is proud to support the Homeland Security Capabilities Preservation Act. Protecting our communities is a fundamental responsibility shared among local, state, federal, and tribal governments and the private sector,” said Sheriff Peter J. Koutoujian, President of the Major County Sheriffs of America. “The FEMA preparedness grant programs, including the Urban Areas Security Initiative (UASI), are cornerstones of the DHS mission to help build capacity among those partners. Our citizens and our partners cannot afford for us to develop preparedness and prevention capabilities and then let them wither for lack of resources. This legislation will help ensure sustainment of critical capabilities and enable DHS to further its capacity building mission in partnership with Sheriffs and other stakeholders around the country.”