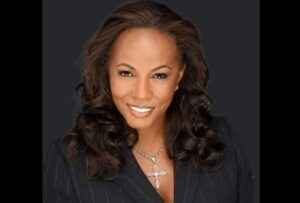 “Natalie’s strong support of term limits shows that there are individuals who are willing to put self-interest aside to follow the will of the people,” USTL President Philip Blumel commented on Jackson’s pledge. ” America needs a Congress that will be served by citizen legislators, not career politicians.”

“I believe Congress should have term limits,” Jackson posted as she noted a quarter of Congress has been in office for more than 16 years. “Term limits would reverse this trend by ensuring that open-seat races are held on a regular basis. The best and brightest minds in our states, currently blocked from serving in Congress by tenured politicians, would finally have the opportunity to move upward and make their case to the American people.”

She also pointed out that studies have found that term limits laws have increased legislative diversity, and had a statistically significant, positive impact on increasing women’s representation in legislatures.

“Term limits also address the top-down power structure in Washington by allowing for less senior members to hold leadership roles,” Jackson added. “This means Congress won’t only get an infusion of new talent, but that all of its members will be empowered to make a difference.”

“We have seen a dramatic increase in supporters wanting term limits on Congress,” Blumel noted. “More than 80% of Americans have rejected the career politician model and want to replace it with citizen leadership. The way to achieve that goal is through congressional term limits.”

According to the latest nationwide poll on term limits conducted by Scott Rasmussen, term limits enjoy wide bipartisan support. “Support for term limits is broad and strong across all political, geographic and demographic groups. An overwhelming 82% of voters approve of a constitutional amendment that will place term limits on members of Congress,” Rasmussen’s analysis stated.

“America is in trouble. Our career politicians have let the people down,” Blumel concluded. “It is time to return control of our nation to the people. It is time for a constitutional amendment limiting congressional terms.”

The term limits amendment resolutions would require a two-thirds majority in the House and Senate, and ratification by 38 states, in order to become part of the U.S. Constitution.

“The President has term limits,” Jackson posted. “As do 36 governors and 15 state legislatures. When a foreign leader attempts to rescind his own limits, we are the first nation whose diplomats stand up and object. This idea, with roots as old as democracy itself, has become part of our national fabric. It is time to bring term limits to Congress.” 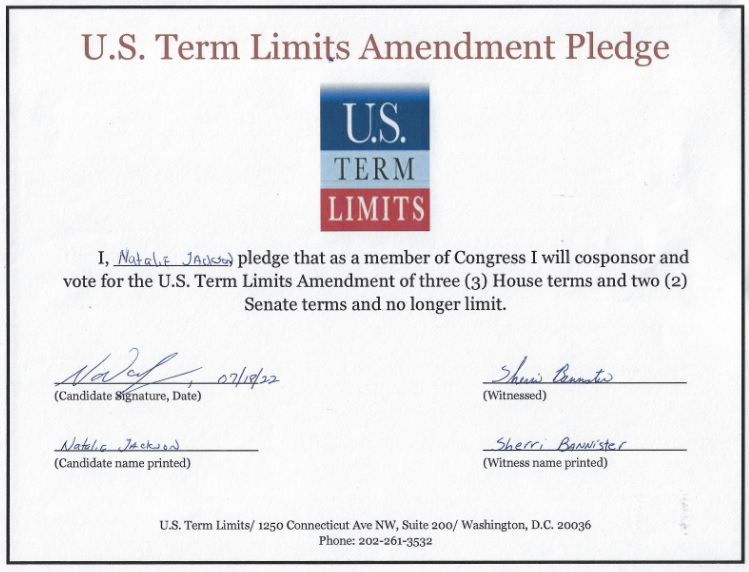