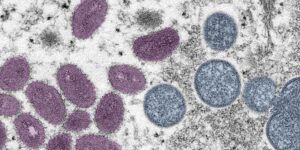 Orlando Representative Val Demings joined Committee on Homeland Security Chairman Bennie G. Thompson and Vice Chairman Ritchie Torres to send letters to the U.S. Government Accountability Office and the U.S. Department of Homeland Security regarding the Federal government’s preparations for and response to the monkeypox virus.


In their letter to GAO, the Members ask GAO to examine the adequacy of the Federal response to the monkeypox outbreak and make recommendations for ongoing and future preparedness and response efforts.

“When there is an infectious disease outbreak, the Federal government has an obligation to make vaccines, therapeutics, and diagnostics widely available without undue delay. We are concerned that the pace of the Federal response to monkeypox has enabled the virus to spread for two months and delays in distributing tests and vaccines have harmed efforts to contain the virus…allowing the virus to begin to entrench itself as a rapidly spreading rare disease in the interim,” the Members wrote in their GAO request.

“The public health system in America is profoundly broken, which has serious consequences for preparing for and responding to public health emergencies and pandemics. With that in mind, we ask that you examine the extent to which the Federal government – including the Centers for Disease Control, Food and Drug Administration, and Department of Homeland Security: 1) adequately planned and prepared for the monkeypox public health emergency; 2) are appropriately responding to the emergency; and 3) considered and are applying lessons learned from the COVID-19 pandemic to the emergency,” the Members added.

In their letter to DHS, the Members ask the Department for details on how it and its National Biosurveillance Integration Center, Science and Technology Directorate, and Office of Health Security have been preparing for the monkeypox virus since DHS began monitoring the virus last year. The Members also ask for more details on the Department’s actions, in coordination with Federal, state, and local partners, in the face of this public health emergency.

Here are the letters: